No bargain in this basement

Basement developments can often be a delicate and troublesome procedure. But who’s at fault if things start to go wrong? 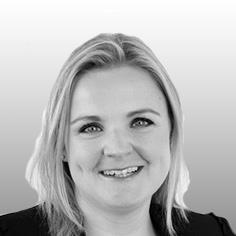 It is fair to say that basement conversions are controversial. On the one hand, they can cause mayhem and stress for neighbours but on the other, they provide an excellent solution to alleviating cramped living once completed.

Basements also raise particular design challenges which can lead to numerous problems if things go wrong, including if the insurers refuse to pay and the question arises: who is at fault? The recent case of Goldswain vs Beltec Ltd (t/a BCS Consulting) [2015] (TCC) provided welcome insight into these knotty issues where the remit of an engineer’s duty to warn, and extent of responsibility for design, were considered.

The facts of the case were as follows: Mr Goldswain and his partner Ms Hale (the claimants) owned a ground floor flat in a semi-detached house. The flat had a cellar and the plan was to convert the cellar into living accommodation by underpinning the outer walls and lowering the floor to create more height. The claimants appointed engineer Beltec Ltd to design the essential structural works and AIMS Plumbing and Building Services Limited to carry out the work.

AIMS started the work and installed the underpinning but apparently not anything else of importance. AIMS retained Beltec to visit the site to inspect the construction of the initial pin and Beltec duly visited the site and advised AIMS that the pin had not been constructed in accordance with the design.

The underpinning was completed but shortly afterwards, following increasing amounts of cracking in the superstructure, the house collapsed.  The claimants’ insurer refused to cover the claim on the grounds of inadequate construction.

The claimants then issued proceedings against Beltec and AIMS claiming that Beltec had failed to exercise the appropriate level of skill and care when designing the basement and failed to warn the claimants about the contractor’s progress following the
initial site visit. Unfortunately, according to the judgment, AIMS was, at that time, “believed to be insolvent” and so did not take part in the proceedings.

The court ruled that Beltec was not liable and that there was an overwhelming probability that AIMS had failed to carry out its work with reasonable skill and care or complied with the drawings with which it had been provided. Therefore, AIMS’ breaches of contract had caused the collapse.

The key points to note are as follows:

In addition, the obligation can arise when a careful professional ought to have known of such danger, having regard to all the facts and circumstances.

The court will be unlikely to conclude that a duty to warn arises in situations where, at the time that the professional inspects the work, there is a possibility that the contractor in question may in future not do the works properly. Here, Beltec did not owe the claimant a duty to warn. It was AIMS, and not the claimants, who had retained Beltec to visit the site to see what AIMS had done in relation to the initial pin. Beltec advised that the pin should be redone and resent AIMS the drawings; however, there was no danger at this stage.

Here, it was noted that Beltec’s design provided a precise sequence of work which, if followed, would have resulted in the basement being created without any significant damage to the structure above. The conclusion was that nothing in Beltec’s design should have prevented AIMS from working in a reasonably safe way.