Nomination of an adjudicator: Eurocom Ltd vs Siemens PLC

Was the appointment of the adjudicator invalid because of information provided to the RICS by Knowles? 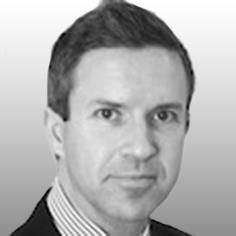 Disputes arose between Eurocom and Siemens concerning delays to the commencement of the work, variations, prolongation, and delay and disruption.

On 21 November 2013 Knowles Limited, acting on behalf of Eurocom, served a notice of adjudication on Siemens. On the same day Knowles submitted a request for the nomination of an adjudicator to the RICS using the RICS standard application form.

The application form included the following question: “Are there any Adjudicators who would have a conflict of interest in this case?” Knowles completed the box below this question as follows:

‘We would advise that the following should not be appointed:

The RICS did not provide a copy of Eurocom’s completed application form to Siemens until 7 January 2014, in response to a specific request by Siemens.

On 10 January 2014 Siemens wrote to Knowles and asked for an explanation of the conflicts of interest that were alleged against the various individuals identified in the application form. Knowles did not respond to this letter.
The adjudicator’s decision, issued on 28 January and amended on 6 February 2014, awarded Eurocom some £1,614,343.13.

The main issue before the court was whether or not the appointment of the adjudicator was invalid because of the information provided to the RICS by Knowles when making the application for an appointment.

The court had to decide whether Knowles had given a false statement. The court held that it was plain that the question ‘Are there any adjudicators who would have a conflict of interest in this case?” had been answered falsely and that there was a very strong prima facie case that Knowles had deliberately or recklessly answered the question falsely and thus made a fraudulent representation to the RICS.

The Court held that the false statement was material. It was made in the context of a process by which an adjudicator had to be nominated by an impartial adjudicator nominating body and was made improperly to eliminate candidates on the basis they had conflict of interest when in fact they had none. The fraudulent misrepresentation invalidated the process of appointment and made the appointment a nullity so that the adjudicator had no jurisdiction.

The court dismissed Eurocom’s application for summary judgment and refused to enforce the terms of the adjudicator’s decision.

It is not unknown for referring parties to attempt to manipulate the adjudicator appointment process by presenting spurious reasons why certain individuals should not be appointed. There is no guarantee that the adjudicator nominating body will take any heed of such representations, particularly where, as in the case, the explanation offered by Knowles made no serious attempt to substantiate conflicts.

This judgement makes clear that referring parties must carefully consider whether there are any genuine conflicts and must be able and willing to properly justify any conflicts contended for. As happened here, a cavalier approach to naming individuals to whom the referring party objects could have drastic repercussions.

As an alternative approach, rather than providing names of individuals who are not genuinely conflicted but whom they wish to avoid, referring parties can provide the names of, say, three to five adjudicators that they believe would be suitable for appointment.

It has always been good practice for the responding party to request a copy of the referring party’s application to the adjudicator nominating body and this judgment now makes such a request essential. In the event that there are any individuals named as having a conflict, the responding party should request details of the nature of any conflict (if not provided on the form) and may also wish to directly approach those named and ask whether they are in fact conflicted.