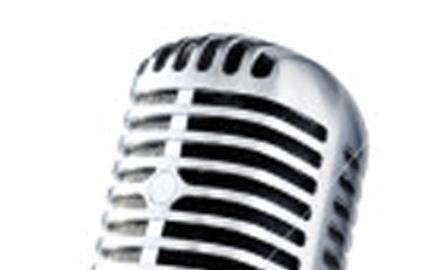 Instead of relying on small-scale on-site renewables, Europe could benefit from importing solar power from countries that have plenty of it, says David Weight

Electricity is our fastest-growing carbon problem, and its generation, means of distribution, storage and use all need to be addressed.

The government’s focus on reducing the heat demand of new buildings is completely at odds with its disregard for the use of electrical energy within them. Examples include gas-plasma televisions (LCD ones are much better), excessive use of stand-by power and the move from analogue to digital radio, which uses several times more energy and seems to be progressing without anyone batting an eyelid.

In theory, for new buildings at least, this trend could be countered by building zero-carbon homes, on which on-site generation of electricity would be required. However, unlike heating, options for on-site generation of electricity are limited, the obvious ones being photovoltaic panels and wind turbines. Furthermore, the viability of such devices is sensitive to location.

A recent report by the BRE showed that turbines in built-up areas of London or Manchester only produced about a twentieth of the energy that an identical one in Wick in north-east Scotland did.

The most effective method of generating renewable energy for Europe would be to install concentrating solar power (CSP) plants in north Africa. These use mirrors to concentrate sunlight and create heat, which is then used to raise steam to drive turbines and generators. North Africa receives about three times more solar energy than the UK and, if an area of just 127 x 127km were covered with CSP plants, it would produce as much electricity as Europe is using now.

Electricity could be distributed from Africa all around Europe using a high-voltage direct current (HVDC) super-grid. Unlike alternating current (AC) lines, these only lose about 3% of electrical energy per 1,000km. They become far more efficient than AC over about 600km.

Another benefit is that if sea water were used, the plant could produce fresh desalinated water. This could be used to irrigate plants growing in the shaded areas under the mirrors.

A CSP plant has been built recently near Seville, southern Spain, and a large one is being planned for south of Cairo, Egypt, to supply 200,000 homes. The German and Dutch governments recently confirmed support for the “Desertech” proposal to import electricity from solar energy in Africa, and the French are close to joining them. Al Gore has also recently advocated this technology (www.ted.com/talks/view/id/243).

The case for a super-grid is particularly compelling for the UK, since we have strong resources of wind, wave and tidal energy – the first two being strongest in the winter, when solar energy is at its weakest. This fortuitous blend could minimise any need to store energy or fall back on traditional energy sources. Meanwhile, the UK government looks set to embark on building new nuclear power stations and a series of coal power stations.

The cost per kW/h of coal is less than nuclear power (which has benefited from hidden subsidies) and as oil prices have risen it has now become cheaper than oil. However, while it may be cheaper, carbon sequestration technology is by far our dirtiest fuel in terms of carbon emissions. Furthermore, the costs for solar power are expected to drop, while oil and gas costs are bound to rise, especially since supply capability is expected to drop.

These technologies involve different areas of expertise and it is clear that private companies will neither develop the large renewables in sufficient volume, nor build the HVDC super-grid needed to connect them unless backed by governments and developed in parallel with them. The UK government’s lack of leadership and reliance on a competitive energy sector militate against such a co-operative approach. This is evidenced by recent news that Shell is withdrawing from the large Thames Estuary wind farm scheme. Reasons cited include uncertainty about government policy, which it said did not enable sufficient preparation and research and increased costs.

Enforced micro-generation is not the answer. If energy-generating devices are sited in poor locations there is no guarantee they will be maintained in good order. Instead, renewables should be sited where they work best. The government must learn from its mistakes and not expect the private sector to take all the risks to deliver the solution. If the politics crisis is solved, the energy crisis will be avoided and global warming stemmed.