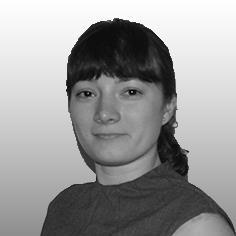 Purton first met with Brendan Kilker in April 2014 following which there were a number of further discussions and exchanges between the parties concerning the nature of the works and the anticipated cost. However, the exchanges did not result in either a signed contract or a document recording any agreed terms.

Purton commenced preparatory works in May 2014 and completed the installation on site during September and October 2014. Between May and October 2014 Purton submitted a number of invoices and applications for payment.

Following completion of the works, Purton submitted his final account requesting a payment of £147,223. Kilker did not pay this sum or issue a payless notice, and during March 2015, Purton commenced adjudication.

The adjudicator rejected Kilker’s arguments and proceeded to issue an award on 19 May 2015 requiring Kilker to pay the £147,223.

(i) That there was insufficient evidence that a construction contract was in existence meaning that the standard of proof necessary to give summary judgement was not satisfied
(ii) If a contract did exist, for the purposes of summary judgement there was insufficient evidence that this existing contract was the contract alleged by Purton. Kilker submitted that if the court was not satisfied that there was a contract made on or about week commencing 9 June 2014 for the works for a price of £350,000, then Purton would be approbating and reprobating if he were permitted now to rely upon different contract terms (or a different contract) at the enforcement stage.

Were there compelling grounds for refusing enforcement?

On Kilker’s first point the judge found that it was clear beyond argument that a contract had been formed in view of the “substantial performance on both sides with Purton doing the works and Kilker making payments to the tune of £654,000”.

While noting that the background history was disputed, the judge stated that on the non-controversial facts, Kilker’s submission that what was happening was merely a series of ad hoc works on the part of Purton for which Kilker paid without being under a contractual obligation to do so stretched the imagination further than it was reasonably required to go.

On the second point the judge concluded that the rule against approbating and reprobating should not be applied to preclude enforcement of an adjudicator’s decision where there was no doubt that the adjudicator, if properly informed, would have concluded that he/she had jurisdiction and the proper basis of jurisdiction (as may have become apparent on enforcement) did not make a difference to the substantive outcome.

This conclusion was founded upon:
(i) Principle, insofar as in this scenario where the outcome was un-affected the claimant would not have derived a benefit (a pre-requisite for applying the rule against approbating and reprobating)
(ii) Pragmatism, since to conclude otherwise would encourage arguments based on approbation and reprobation that were inimical to the spirit of adjudication.

On the key issue in a summary judgement application, the judge concluded that Kilker did not have reasonable prospects of successfully defending the claim. This was because given his conclusion that there was a contract between the parties, this would inevitably mean that the contract was a construction contract and as such sufficient to found the adjudicator’s jurisdiction. Therefore, whether the contract was in the terms alleged by Purton or differed in one or more respects, the basis of the adjudicator’s jurisdiction would not have affected the substantive outcome so that no question of approbation and reprobation arose.

The judge’s emphasis on performance as pointing to the existence of contract should be noted. Nevertheless, the terms and, as in this case, the very existence of an oral contract will usually be open to question. Purton succeeded on enforcement without needing to conclusively prove the terms of the contract he relied upon but his route to the money would have been more straightforward if there had been an agreement in writing.