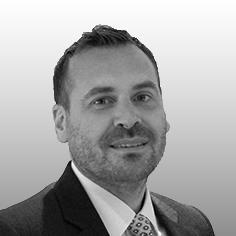 During 2012 and 2013 Wilson and Sharp Investments Ltd (WSI) engaged Harbour View Developments Ltd (Harbour View) to construct student accommodation in Bournemouth under two contracts that were both based on the JCT Intermediate Building Contracts with Contractors Design (2011) standard form. Both contracts provided at clause 8.7.3 that if the contractor’s employment was terminated through insolvency, no further sum would be due and at clause 8.5.3 that clause 8.7.3 would apply as soon as the contractor became insolvent whether or not notice of termination for insolvency had been given.

Disputes arose concerning WSI’s failure to pay the interim certificates for August and September 2013 under both contracts in an aggregate sum of £1,202,506.65. WSI did not issue any payless notices but subsequently alleged that the works under both contracts were over-valued. During November 2013 Harbour View and WSI agreed a timetable for paying off the £1,202,506.65 but WSI only paid the first instalment. During April 2014 Harbour View gave notice that it would present a winding up petition against WSI in respect of the unpaid balance of £902,506.

It was common ground that the contracts were terminated during January 2014 albeit that the mechanics of the terminations were disputed.

On 24 April 2014 WSI issued an application for an injunction to restrain the proposed winding up petition, which was listed to be heard during July. On 21 May 2014 Harbour View instigated a creditors’ voluntary arrangement in view of its actual insolvency and a meeting of the creditors was arranged to take place on 11 July 2014. WSI’s application for an injunction was dismissed by His Honour Judge Hodge QC on 10 July 2014. On 25 July 2014 Harbour View was voluntarily wound up through a creditors’voluntary liquidation (CVL).

WSI appealed on three grounds:
(i) That the petition debt was genuinely disputed on substantial grounds given that pursuant to clause 8.7.3 the £902,506 was no longer payable after Harbour View entered the CVL on 25 July 2014
(ii) That the TCC’s established practice was not to enforce interim payment obligations in favour of insolvent contractors
(iii) That WSI had genuine cross claims.

Were any of WSI’s grounds of appeal compelling?

The court noted the usual rule that a petition will be struck out or restrained if the respondent can demonstrate that the alleged debt on which the petition is founded is genuinely disputed on substantial grounds.However, the nub of issue (i) concerned the interpretation of clause 8.7.3.

Harbour View argued that clause 8.7.3 did not operate after termination of the contracts. WSI submitted that if a contractor entered into a CVL after the last date on which a payless notice could have been given, an employer was not obliged to pay any sum that had already become due under any interim certificate and that the relevant clauses were all capable of operation after the contracts had been terminated in January 2014.

The court agreed with WSI finding that on a proper construction it was clear that clauses 8.5.3 and 8.7.3 could apply after termination of the contract. Thus applying the contract terms, payment of the sums due under the interim certificates was disputed in good faith and on substantial grounds. The court observed that given the realities of the situation on 10 July 2014 and the almost inevitable defence open to WSI as soon as a resolution was passed for winding up Harbour View, the judge should have either adjourned the injunction application or restrained presentation of the petition pending the outcome of the meeting on 11 July 2014.

On issue (ii) the court found that there was no absolute rule that summary judgement will be refused simply because the employer is able to show that the contractor is insolvent. Each case will be reviewed on its merits based upon the relevant facts and circumstances.

As regards issue (iii) the court found that where the evidence before the lower court had not been analysed in depth, the judge should have concluded that there were substantial disputes between the parties which could not be appropriately determined in winding-up proceedings and accordingly granted the injunction.

This decision is illuminating as regards the proper interpretation of clause 8 in the Intermediate standard form and may otherwise provide some comfort for employers faced with contractor insolvency and the risk that money paid over may never be retrieved. WSI’s position would of course have been far more comfortable had they bothered to issue payless notices on time.