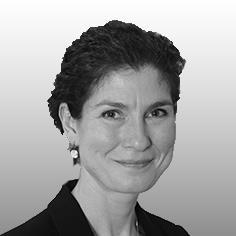 GSK Project Management Ltd (GSK) was engaged by QPR Holdings Limited (QPR) to carry out works at Queen Park Rangers’ Loftus Road stadium. A dispute arose in connection with the final account. GSK commenced proceedings claiming £805,675.00 in unpaid invoices and QPR counterclaimed on the basis that some of the works were defective.

In July 2015 GSK submitted its costs budget showing estimated fees of £824,038.00 of which over £310,000 had already been incurred. Although a direct comparison was not appropriate due to differing hourly rates charged by the parties’ respective solicitors, QPR’s costs budget figure was £455,554.00 and was not objected to by GSK. However, QPR challenged GSK’s Costs Budget and in consequence, GSK’s estimates were closely scrutinised by the judge at the CMC.

The judge observed that while costs budgeting reviews can and should be carried out quickly and with the application of a fairly broad brush this was an exceptional case which justified a more detailed approach because something must have gone wrong where the aggregate sum was so disproportionate to the sums at stake or the length and complexity of the case. The judge said that in maintaining a robust and just approach to costs management, it was important for the court to investigate what had gone wrong to enable the court to reach a figure that it was prepared to approve and to make clear the court’s determination to exercise a moderating influence on costs.

The judge stated that Mr Justice Coulson approach in CIP Properties (AIPT) Limited vs Galliford Try Infrastructure Limited [2015] should be used as a guide rather than a straightjacket with the following points to be considered:
(i) the proportionality of GSK’s cost budget
(ii) the reasonableness of GSK’s cost budget
(iii) a summary of options
(iv) conclusions on the available options.

As regards proportionality the judge said that good reason would need to be shown to justify more than about half of GSK’s total figure of £805,675.00. However, he rejected QPR’s submission that the other party’s Costs Budget should be used as a starting point on grounds that the parties to litigation have different roles and responsibilities which are likely to distort one party’s costs when compared with those of another. For example, the claimant’s costs will usually be higher than those of the defendant, at least in the early stages.
The judge then analysed each element of GSK’s costs budget relating to incurred costs and proposed future costs for every phase of the litigation and suggested the number of hours of lawyers’ time which would be reasonable and proportionate in the circumstances. He made the general comment that the number of hours estimated by GSK was quite simply absurd for a straightforward case.

Like Mr Justice Coulson, the judge found that the third option was the most attractive. He proceeded to set budget figures for each phase of the litigation (including those phases already undertaken) that it would be reasonable for GSK to incur. This itemised approach resulted in a total costs budget of £425,000, just over half the sum originally estimated by GSK.

In his concluding comments the judge described GSK’s costs budget as being “grossly excessive” being overstated by almost 100% in relative terms and nearly £400,000 in absolute terms.

It was perhaps not surprising that a costs budget that exceeded the maximum sum in dispute should attract the ire of the bench but the judgement includes several points pour encourager les autres. Among other things the judge repeated and adopted the warning issued by Mr Justice Edwards-Stuart in Gotch v Enelco Ltd [2015] that parties and their solicitors can no longer conduct litigation in a manner which does not keep the proportionality of the costs being incurred at the forefront of their minds at all times.

For good measure the judge also pointed out that the time of the court and the parties would be wasted if it became necessary to argue over grossly excessive costs estimates, which process would only serve to inflate costs.

It follows that parties who have apparently conducted or propose to conduct litigation without regard to the principles of proportionality and reasonableness will risk censure from the court. As in this case, the court may intervene in a manner that will significantly impact the party’s assumptions about how the litigation is to be conducted.