There is no contradiction in the PPC standard form’s obligation to act in a ‘spirit of trust, fairness and mutual co-operation’ and a client’s contractual right to terminate 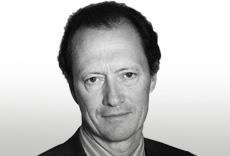 Typical! You wait 13 years for a court decision on PPC2000 and then two come along at once: Willmott Dixon vs Newlon Housing in March and then TSG Building Services vs South Anglia in May. These cases were met with outrage by Tony Bingham (20 May) that partnering should ever end in dispute, but as author and co-author of the PPC and TPC standard forms respectively, I knew that statistically this was bound to happen one day.

Both cases dealt, in part, with the technicalities of adjudication, but the second went to what many believe is the heart of partnering contracts, namely “the spirit of trust, fairness and mutual co-operation”. This decision involved the long-term version of PPC2000 (known as TPC2005). The above wording is identical in both contracts, and closely related to the “spirit of mutual trust and co-operation” in NEC3. These are often described as “good faith” clauses, although those words do not appear in either form.

Much debate has surrounded whether “good faith” wording has a restraining effect on other contractual rights. Gold Group vs BDW Trading in 2010 made clear that an obligation of good faith “does not require either party to give up a freely negotiated financial advantage”. By contrast, Compass Group vs Mid-Essex Hospital in 2012 said an obligation to co-operate in good faith does include a duty to behave fairly and consistently by reference to each other’s justified expectations.

Which brings us to TSG Building Services, which claimed that the TPC2005 “trust, fairness and mutual co-operation” wording, combined with an obligation to “act reasonably and without delay”, limited the right of the client to terminate the contract in the absence of breach or insolvency or some other justification - even though the contract permitted termination at will. The reasoning of Mr Justice Akenhead was clear and to the point, namely that the parties were fully aware of the unconditional and unqualified right to terminate, and that they had voluntarily taken the risk of earlier termination. A general obligation to act in the spirit of trust, fairness and mutual co-operation could not constrain this right.

This will be a huge relief to everyone entering into a PPC, TPC or NEC contract. If the decision had gone the other way, then every contractual right would be subject to second-guessing by adjudicators, arbitrators and judges as to whether the spirit of mutual co-operation overrode it.

So what is actually different about collaborative working? In my view, it is the contractual processes of collaboration that are of critical importance rather than the mutual declarations. PPC and TPC require the parties to work in the spirit of trust, fairness and mutual co-operation “within the scope of their agreed roles, expertise and responsibilities”, and it is the collaborative processes forming part of these roles and responsibilities that deserve closer scrutiny.

For example, PPC requires early contractor involvement and the joint build-up of integrated designs, costs, risk management and programme information prior to the client making an unconditional appointment of the main contractor and other team members. The contract describes these processes and connects them to binding deadlines, and this is its fundamental difference from NEC. By these PPC processes and by the TPC mobilisation processes the parties build up trust, fairness and mutual co-operation, rather than assuming that such values will appear overnight. Early conditional appointment is a fundamental springboard for collaborative working - and the lack of any court decisions involving PPC and TPC for 13 years is testament to the fact that their systems work.

So if early joint working is the foundation of partnering, can we manage without the trust, fairness and mutual co-operation wording altogether? The answer is probably “yes”, although the TSG Building Services case allows the parties to continue making mutual declarations knowing that these do not neutralise other contractual provisions.

The debate isn’t over, but for those who define a contract by its treatment in court, TPC has retained its hard commercial edge without giving up its collaborative processes. It remains for the parties to apply those processes and build up strong relationships if they want to avoid termination.

David Mosey is a professor at the Centre of Construction Law and Dispute Resolution at King’s College, London, and a consultant at Trowers & Hamlins