Almost three years after the government published its consultation on retentions, why has so little action yet been taken?

It is, perhaps, timely that a book on Carillion has just been published. It was written by Bob Wylie, an ex-BBC journalist, and comes with a dramatic title: Bandit Capitalism, Carillion and the Corruption of the British State. It highlights Carillion’s dreadful treatment of its supply chain. At the time many thought that the Carillion episode would be the harbinger of long-lasting improvement in payment security.

Two-and-a-half years later, little has changed. As we gradually emerge from the covid-19 crisis, I am receiving calls from small firms that some major contractor or other has not paid a long outstanding variation account or is still refusing to release retentions without any plausible excuse. The main reason for the calls is that these firms are now desperate for cash and have nowhere else to go. I have heard of directors and partners having to cash in pensions or to risk more of their personal assets to guarantee bank loans. 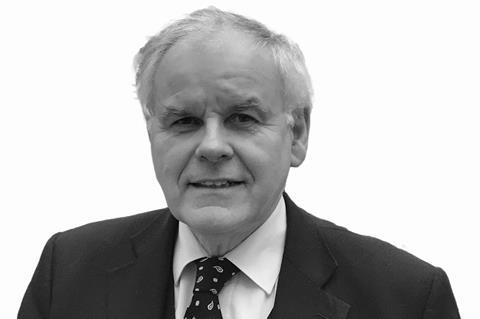 Over the years, we have had myriad initiatives, reports and charters that have achieved very little and are now lost in the mists of time. Remember the supply chain payment charter published over six years ago by the Construction Leadership Council (CLC), an offshoot of the government’s business department? This promised that by 1 January 2018 (just before Carillion collapsed) everyone would be being paid within 30 days! Six months later Dame Judith Hackitt was castigating poor payment practices as partly responsible for poor build quality. Why isn’t this issue being addressed in the Building Safety Bill?

We are now coming up to three years since publication of the government’s consultation on retentions. With £4.8bn of retention money at risk annually because of upstream insolvencies, it is unforgivable that there is still no sign of legislation to address the problem.

The Reporting on Payment Practices and Performance Regulations 2017 appear to have been accepted by some as a solution to the problem of payment abuse. Reporting a problem does not necessarily fix it, though. The regulations do not reveal the whole picture, for these reasons:

The government trumpets its policy of excluding suppliers that fail to pay 75% (previously 90%) of their invoices within 60 days. This seems to ignore the law. Regulation 113 of the Public Contracts Regulations 2015 requires all contracting authorities to ensure that 30-day payment clauses are inserted in all supply chain contracts. Unfortunately this is not policed and so enforcement is ineffective.

With £4.8bn of retention money at risk annually because of upstream insolvencies, it is unforgivable that there is still no sign of legislation to address the problem

It so happens that the CLC is now looking at business models, payment and contracts. Some radical thinking is now required if we are ever going to bring about a more collaborative delivery process and, at the same time, ostracise the abusers. The timing of payments needs to be inverted. Many years ago when I was involved in the Joint Contracts Tribunal, I could never understand why tier 1 contractors received their payments ahead of the lower tiers; their added value is often less than 10% of project value and, as we all know, the tiers underneath end up financing the work. This needs to change – but I have said that many times over the years.

Somebody who may have a solution is my good friend Ken Lewandowski. Ken knows his stuff. He was for a time a local chair of Clydesdale Bank in Scotland, he co-chaired the Scottish government’s 2012-13 inquiry into procurement in construction in the public sector, and he is currently executive chair of the Specialist Engineering Contractors’ Group Scotland. His son ran a small steel fabrication business until it went bust because of payment abuse. Ken’s solution has the beauty of simplicity.

He advocates removing the payment provisions from construction contracts and subcontracts. Instead there should be a project payment methodology that is transparent between the client and his chosen contractor, and then agreed by all project participants. This can, of course, be achieved digitally. The system would be dependent upon a robust valuation process that requires QSs (or other valuers) at all levels of contracting (or perhaps just the client’s valuer) to be highly professional in regularly checking quality and any remedial works as work progresses – and then finally at completion. In this way, argues Ken, the need for retentions should evaporate, since quality would be monitored and certified monthly.

All payments should then be made directly from the client to each project participant. Disputed amounts resulting from any claims, for example, could be deducted monthly and not paid down by the client until subsequently certified by the QS/PQS as having been completed satisfactorily.

To me this is an idea that could be developed into a workable solution. But for any solution to deal with payment abuse, it has to be made the subject of legislation. France recognised this 45 years ago when it introduced strict laws requiring direct payments to subcontractors and an obligation on main contractors to issue bank guarantees to secure subcontractor payments.

Rudi Klein is a barrister and chief executive of the Specialist Engineering Contractors’ Group.