Are we about to see a successful come-back for PFI? There are five questions to answer first, says Jon Hart 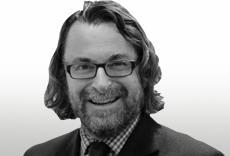 Product re-launches have always been a challenge. Music enthusiasts will probably not have missed that David Bowie has just hit the come-back trail. His modus operandi has been to have a minimum of prior-warning, a suitably low-key “soft launch”, followed by fanfare announcements as to his main product (his album). For those of us working in infrastructure project finance, the question, following the chancellor’s Budget last month and the announcement of the PF2 system late last year, is whether we are about to see a similarly successful come-back for PFI? There are five points to answer first:

1. Is there still a market for the product?

The received wisdom in relation to PFI for the last few years is that it was a busted flush and had no place in procuring future UK infrastructure.  At the risk of going over old familiar ground, legitimate criticisms have been made against the PFI model. These have included complaints as to its complexity and expense (which in many respects were a consequence of the demands of EU procurement law in respect of “competitive dialogue” as much as allegedly mendacious sponsors and banks) and a lack of transparency.

A further challenge was the basic economic reality of the lack of banks actively lending in the PF market-place and the constraints that came with this.  Even so, for the right deals, a project-financed structure remains a very effective way of delivering new infrastructure - both in terms of net effect on authority balance sheets, but also in careful targeting of capital expenditure, rather than “mortgaging the future”.  Just ask those other procuring authorities beyond the shores of Blighty who are developing models of their own, based on old-school UK PFI approaches.

2. What product are you trying to sell?

Last December’s announcement by Treasury as to the thinking of PF2 - “A new approach to public private partnerships” - demonstrated that there had been a lot of careful thinking about what the new model should look like. Many of the criticisms of PFI were addressed head-on. In terms of transparency and sharing of gains - new project companies were to have public sector seats on the board and a tranche of equity investment.  In terms of addressing the concerns of flexibility - soft FM services were stripped out and procuring authorities would be able to more carefully manage the services they required - to avoid the potential for future “£300 to move a notice board” type scandals.

Finally, given the absence of active banks lending senior debt on a long-term basis, here was opportunity to see the arrival of new opportunities for institutional funders. Certainly there were criticisms at the time of added complexity to the PF model, but if there is one thing that the private sector has demonstrated, it is its willingness to adapt to new rules and developments in the market-place. The close of the Alder Hey Hospital PFI last week indicates that even with the “old” model, innovation is possible to secure engagement with institutional debt: for the future, PF2 remains a model which can be developed and implemented - if there is a willingness to seek to use it.

3. Is your launch strategy correct?

The length of time between the initial “PFI call for evidence” from the private sector and issue of the PF2 “new approach” in December certainly has built up expectations.  What was widely commented upon at the time of the publication of the “new approach” was the lack of clarity as to how this new approach was going to be put into practice. There seemed to be relatively little reference to the PF2 model in the Treasury up-date to the National Infrastructure Plan which was issued at the same time - three months later, rather depressingly there seems to be little further indication in the Budget documentation either.

Aspects of PF2 still remain opaque. Consultation has kicked off in respect of certain of the key legal documents in the PF2 suite but there are some key omissions. In particular it isn’t clear yet what a public-private project company shareholders’ agreement might look like. As for how PF2 type deals may be dealt for from a balance-sheet perspective, the Budget documentation issued in March suggests that greater clarity may be forthcoming in the PSR in June. Let’s hope so.

4. Where is the product going to be rolled out?

Most of the news surrounding how the new model is going to be used seems to be a little confusing. The MoD accommodation projects which had been ear-marked as potential candidates for using PF2 have effectively nixed using this model. Part of the reason for this may be concerns around the length of time associated with procurement - back to “competitive dialogue” again. Equally however, MoD has shown itself a powerful proponent of using innovative property financed and developed approaches (such as the MODEL scheme) rather than PF for releasing value for moribund parts of its estate and developing new facilities. This is an important reminder that the success of PFI (and PF2) is going to depend on it being used on the right projects.

The second candidate for PF2 was due to be the Priority Schools Building Programme. (PSBP). The most recent announcements - that government itself is going to approach the capital markets and EIB to identify funding sources for PSBP - suggest that there may be more tweaks needed to the PF2 model to accommodate this kind of approach. It is also perhaps recognition of the heavy weather being made of trying to secure the support of institutional investors  - from the pension and insurance funds to step up to the mark - and invest in projects.

5. Does the product tick the right boxes?

A key objective behind PF2 was, effectively, to tap into a wider source of funding for projects. A feature of PF2 was the different types of equity in project companies. In addition to the original sponsor equity and public sector investment, there was to be a third type of equity which would be competed once the original sponsor had been appointed preferred bidder. This may have been seen as a way in for new types of lenders - who would not take on the bidding and development risk of the original sponsors, but would be committed to the project in question from the start of the construction phase. And this is where some of the intrinsic problems remain with PF2.

As was clear from the recent hearings before the Treasury Select Committee, whilst institutional investors remain “open for business” there are some questions that remain to be resolved in relation to projects with “green-field” construction risk before commitments in principle are converted into anything stronger. There was discussion around the willingness of Treasury to provide a form of guarantee to help facilitate this process. However these discussions tended to miss the point that the structure of PF2 itself envisages that institutional investors will sign up to construction risks as part of their investment process. As was made clear to the Select Committee - the majority of institutional investors are not geared up to address this.  Yet.

Project financed deals and PFI in particular were only one amongst many different ways to procure infrastructure. Setting aside the budget announcements associated with the housing guarantees and the potential expansion of the role of Local Enterprise Partnerships, there wasn’t too much cause for excitement. Let’s hope that this silence doesn’t mean a still further wait for those potential schemes - like the PSBP which already are supposed to be coming into procurement. Don’t expect to be booking your tickets for the revival tour just yet.