PF2: Vote of no confidence 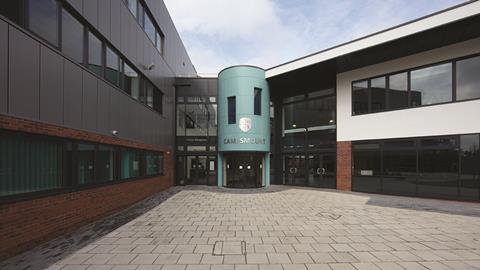 Is the government about to ditch PF2 before it’s even been tested?

The government giveth - and the government taketh away. That was how it felt with last week’s announcement by the Education Funding Agency of the next element of the over £2bn Priority School Building Programme. On the one hand, the EFA gave the go-ahead on procurement for £1bn of schools projects in the next 12 months. On the other, it radically cut the privately financed element of the programme and replaced it with direct capital funding which, largely, won’t be confirmed until after this summer’s Spending Review. Despite the fact councils have been promised the investment.

While it is a boost, in the short term, to contractors and consultants looking to win work on school building programmes, it can be seen to raise huge questions over the viability of PF2 - the government’s new system for private funding of public projects. Jonathan Cripps from law firm Stephenson Harwood says:

“We were surprised to see the programme radically scaled back. PF2 needs to start with a pipeline, and that’s why this is a concern.”

PF2 was launched with fanfare by chancellor George Osborne at his Autumn Statement in December 2012, when he said school projects worth £1.75bn would go through the system (itself a reduction of the £2bn programme announced in May 2012). But PF2 has had a somewhat troubled start. The first phase of the Ministry of Defence’s Future Force 2020 soldier accommodation scheme, touted as one of the early adopters of the system, has already backed away from it. Now, according to last week’s announcement, the PF2 schools programme will total just £700m.

With the Priority School Building Programme (PSBP) supposed to be the flagship for the PF2 funding model, and other significant investments in social infrastructure such as hospitals few and far between, the likelihood of any significant programmes being funded through PF2 seems to be receding. So what has happened to the government’s new funding model, and where can it go from here?

The PF2 system of financing has a number of key differences from traditional PFI contracts. They include:

Soft FM Facilities management services such as cleaning and catering are to be excluded from PF2 contracts, allowing occupiers to tender for those services directly
Equity funding A greater proportion of funding will be in the form of equity, rather than debt, with the government expected to take a stake and institutional investors encouraged to take part
Timing The contract will have a ‘guillotine’, meaning no more than 18 months can be spent between tender and preferred bidder stage
Transparency Annual reports are to be published on all projects where government is a shareholder, with the private sector to document forecast and actual return on equity investment

Speaking after its announcement last week, EFA capital director Mike Green was clear about the reason for the change of approach. He said a deterioration in the long-term debt funding markets, which would make it difficult to get schemes funded, had forced the EFA to reassess. This situation, he said, prompted the EFA to come up with an “aggregator” model under which the funding would be procured for the whole programme separately to the individual projects. This new - untested - model would, he said, have to be rolled out slowly to ensure it works, and therefore it was “prudent” not to rest the entire £1.75bn programme on it.

The problem with this explanation is that people working in the capital markets don’t recognise the EFA’s description of a deterioration in the long-term debt funding markets in the past six months. James Stewart, the former chief executive of Infrastructure UK, now global head of infrastructure for KPMG, says: “It seems a strange reason. From where I’m sitting there’s been no recent deterioration. If anything there are signs that some players, such as Crédit Agricole, may actually be getting back into the market.”

City sources say there are four or five institutions, including Japanese banks SMBC and the Bank of Tokyo-Mitsubishi, and German bank Helaba Landesbank, that are looking to provide long-term debt funding for public-private capital projects. This suggests that the real reason for the shift could lie elsewhere.

One possibility is that the new terms of the PF2 model, which require greater transparency from private sector participants and exclude lucrative soft-FM contracts (see box), could be seen as not attractive enough for potential private sector financers to want to take part. Green denied this strenuously last week and on this, at least, he is backed up by the industry.

There’s obviously tremendous pressure for the chancellor to get stuff started and built, and PF2 is untried and untested

Steve Beechey, group investment director atcontractor Wates, says there is “a load of interest” in the market for the model. Stephenson Harwood’s Cripps likewise agrees that “it’s not that anyone has been put off by the new contract conditions and the exclusion of soft FM. I don’t think the market is against PF2. If the government tomorrow said that there were 20 projects coming to market you’d have a huge amount of interest. It’s just that everyone’s waiting for projects.”

However, while the market is interested in PF2 in theory, some suggest the small size of the PSBP projects, scaled back from the grand BSF projects of old, make them unattractive individual investments - explaining the EFA’s pursuit of an aggregation model.

Craig MacDougall, associate director of PPP at Davis Langdon, says: “There are a few banks looking to lend more than £50m on a long-term basis to a single project. However, it would have to be the right project and a few schools grouped together with a debt element of £20m might not be worth their while.” Nevertheless the market sees this as unlikely to be the whole reason for such a large change in approach. Industry sources say it seems more likely it is the government that has backed away from PF2, with two factors seen as key to the shift - cost, and speed of delivery.

While Green’s assertion that funding availability has worsened is not recognised by those working in the market, lending rates are undoubtedly relatively high, with funders demanding a margin of up to 4% above base rates. “What is true,” says Stewart, “is that lending is currently expensive, in terms of the amount above Bank of England base rate, compared to historical norms.”

This means that if the Treasury compares these private finance rates to the cost of cash from government borrowing, which is currently at historic lows with 10-year bonds available at under 2% return, PF2 may not seem to offer the most cost-effective solution. Two separate government sources this week admitted that it was indeed pricing as well as availability that led to the decision, with one saying: “We’re not confident about the availability of long-term bank debt at acceptable rates.”

However, this justification is still problematic as rates have not worsened in recent months, so this cost is unlikely to have come as a surprise to the EFA. PFI is rarely the cheapest way of paying for a capital project - the point is it allows you to invest when you don’t have the cash to pay up front - and comparing the cost of finance with cheap government borrowing is academic when the government has ruled out further borrowing. Simon Carman, director at consultant BDO, says: “If the government is wanting to stimulate economic growth with construction while not impacting upon the deficit, then PFI or PF2 is what you’d go for - the government doesn’t have to start paying for three or four years.”

The other issue is speed. With the PSBP procurement already happening a year later than the market was originally expecting, the EFA has to act fast if the coalition is to have a chance of demonstrating significant progress on school building by the time of 2015 election. Furthermore, with the PF2 payment mechanism not yet published, and both PF2 and the idea of the EFA’s “aggregator” model so far untested, it is reasonable to expect that the first contracts will not reach close very quickly. Again government sources admitted this, too, was a consideration, with one saying its priority was to roll out the programme “as quickly as possible, achieving maximum value for taxpayers’ money”. Richard Threlfall, UK head of infrastructure at KPMG, says: “There’s obviously tremendous pressure for the chancellor to get stuff started and built, and PF2 is untried and untested. There’s little appetite in government for projects that might not start until after the next election.”

So if the government is not choosing PF2 to deliver projects because of concerns over cost and deliverability, this has the potential to leave the model in limbo, with the industry saying the one thing it needs more than anything is a pipeline of deals.

Davis Langdon’s MacDougall says: “There’s still a lot of really good knowledge in the industry, from contractors, subbies, lawyers, that know how to do PFI. We need to take advantage of this before this expertise disappears to other countries where the deals are happening. We want to see stuff get built.”

Cripps remains sanguine that PF2’s time will come: “I’m not writing-off PF2 because of one department’s decision.” The problem is that without a further major public commitment, his view looks optimistic at best.

Aggregation across the nation

The EFA is to raise debt finance for the PF2 schools through the procurement of a single “aggregator”, which will invest its own money and raise the rest on the capital markets. Individual school projects will then have access to this funding, which will replace all of the senior debt element of traditional PFI projects, though how projects will access this funding has not yet been made clear. Previously PFI consortiums raised funding individually for each PFI project.