Planning infrastructure: Looking into the future 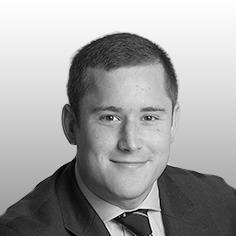 In her 2002 autobiography, “Open Secret”, the former Director General of MI5, Stella Rimington, said: “The Thames House Refurbishment was fraught with difficulties. It was clear that dealing with the building industry was just as tricky as dealing with the KGB”.

That accolade has now become folklore amongst construction professionals and associated legal practitioners. Indeed, with large-scale projects, interrelated disciplines, project deadlines, and chains of contractors depending on one another for payment, the construction industry lends itself to disputes - according to a 2013 survey carried out by the National Building Specification (NBS) 30% of firms involved in the construction industry had been embroiled in at least one dispute over the preceding 12 months.

Such a high number of disputes is significant in an industry that added £83bn of value (not including costs incurred) to the UK economy in 2012 and accounted for 2.12 million jobs as measured at Q4 2013 (see Chris Rhodes’ Parliamentary Note last updated on 13 June 2014).

The recent call by the Engineering Employers’ Federation (EEF) for a non-ministerial government department to be set up in order to oversee and plan ahead as much as 50 years for major infrastructure projects came in the wake of the rejection of the proposal for a Thames estuary airport by the Airports Commission in early September.

A futurist might quip that, in keeping with Moore’s law, any body charged with planning for the infrastructure needs of a technologically advancing society over such a long period of time may well find its ability to predict those needs outstripped by the progress of scientific development. Even so, the challenges and benefits of long-term infrastructure planning for such a body would not be limited to the political or the philosophical.

An independent body as proposed by EEF could well reduce the occurrence of certain types of construction dispute. EEF’s proposal builds on the recommendations of the Armitt Review, which noted that the UK remains capable of delivering large infrastructure projects when required and that there is no shortage of appetite from foreign investment in such ventures. The real problems come in the early stages of the project cycle and the government decision making process. Among the proposals made in theArmitt Review (and recently reiterated by EEF) was that:

The remit suggested for such a commission will not have a direct impact on the construction industry. However, it is to be hoped that better planning of infrastructure projects and better foresight of the requirements of a modern economy will contribute to a collaborative process for construction projects on the ground from the start.

NBS’ national construction contracts and law survey from 2013 identified in its industry review the following factors as the most difficult or recurrent on construction projects: assessment of delay and extension of time, variations, scheduling and programmes, provision of employer information, and poor specification. The key construction dispute areas outlined above all stem, to a greater or lesser extent, from insufficient information exchange, planning and collaboration. With a greater focus on the time-frames, funding requirements and preferred vehicles for delivery of infrastructure projects it is to be hoped the tendering process for any such venture will be all the more efficient and achievable.

Essentially, a better process for determining what infrastructure projects are required through an evidence-based approach to the way in which such projects are to be implemented should produce associated benefits for the construction professionals eventually undertaking such projects on the ground.

The proposition is a simple one: with better planning and information up front it will be easier for the construction industry to implement infrastructure projects. Given that the main causes of dispute as highlighted above relate to inadequate information exchange or insufficient project specification at the outset, if the parties are in a position to share and exchange information and understand the project requirements from the outset, this ought to prevent certain legal disputes arising. In essence, it is to be hoped that such a commission would enable construction bodies to partner effectively on a project from day one.

Charles Thompson is a barrister at Hardwicke Chambers