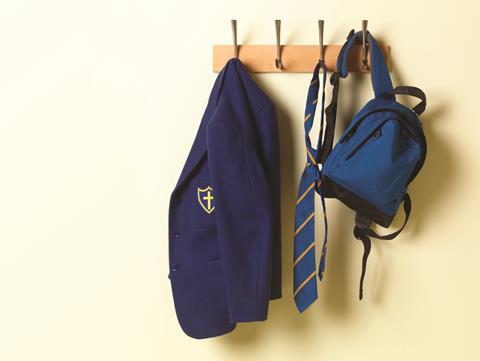 So, the wait is over - or is it? Almost two years after education secretary Michael Gove called a halt to the £55bn Building Schools for the Future programme, last Thursday he released a list of 261 projects to be included in the government’s replacement initiative, the Priority Schools Building Programme.

The long delay which preceded the announcement - originally due in December last year - is evidence of the importance attached to the initiative. Funding available for the programme is a fraction of that of BSF, and 587 applications were made by schools claiming they were in desperate need of repair or rebuilding. In the end surveyors working on behalf of the government were forced to visit every school which had made an eligible application to verify their assessment of building condition.

Announcing the funding, Gove acknowledged in stark terms the crisis facing some of England’s school buildings, saying: “The condition need of some schools is so severe that urgent action is necessary.” To meet this need, amid continuing uncertainty over the future of PFI, which was to be the sole funding route for the scheme, Gove has released £400m of direct capital funding, on top of the planned £2bn PFI funds, to enable the first wave of 42 schools (including 18 special schools) to get under way.

For those schools to be open in 2014, the Education Funding Agency needs to act really quickly

This fast-tracking, and the publication of the list itself, has been welcomed not only by the schools due to benefit from funding, but also by an industry that has experienced a long hiatus in school building work. But behind the headlines, there is concern that the programme is still light on detail, which, if it is not provided swiftly, could jeopardise the ability of the industry to deliver the “urgent action” Gove is calling for.

Nusrat Faizullah, chief executive of the British Council for School Environments, said: “We are happy money is being released, and that there is some fast tracking of projects. But the industry now needs more transparency about how the programme will work.”

Philip Watson, design director and head of education at Atkins, echoed the call for clarity: “For those schools to be open in 2014, the Education Funding Agency needs to act really quickly. They need to be clear about how they’re procuring the work, what the budgets are and where they’re batching schemes, so that the industry can understand what’s needed and be prepared to deliver.”

So, exactly how much is known about the new programme - and what are the issues still causing concern?

How the schools will be procured

The first wave of schools - those with capital funding - will be procured through the existing contractors’ framework set up by Partnerships for Schools and now managed by the Education Funding Agency. This includes the 18 special schools to receive capital funding. Procurement for these projects will begin “this year”, according to the DfE, with the first schools due for completion in 2014.

The remaining 219 schools will be PFI projects, and will be procured through new arrangements. Details of these arrangements have not been finalised, and are expected to take some time to emerge: Michael Gove has said the DfE is “working closely with the Treasury to ensure the PSBP is aligned” with the wider government review of PFI, which is still ongoing. The PFI projects will be “batched”, with groups of schools being procured together under one contract. This is also likely to be the case for the initial capital-funded projects; however, officials are still considering alternative options. A DfE spokesperson said: “We are assessing the different options for delivery of these schools. We expect that batching will drive value for money for the public purse.”

The decision on which schools will be batched together will take into account a number of factors “including condition, geography and commercial attractiveness,” according to the DfE. However, Atkins’ Watson says that much of the efficiency of the programme will depend on how schools are batched. “If you have different types of schools - secondary, primary and special educational needs - grouped together, it’s harder to see how they’re going to realise savings through standardisation without sufficient volume.”

Will the projects have to use standardised designs?

The Education Funding Agency is stopping short of prescribing full standardised school designs, but is preparing a “baseline design information pack” which will include suggested room layouts, area guidance and 1:200 floor plans. The document is still at draft stage; however, the DfE spokesperson said the information pack “would be shared with schools before procurement starts, and bidders will also be given any feedback we have received from the schools.”

In practice, however, the kind of cost savings envisaged by the government are likely to be driven by standardised designs. This is the logic behind procuring schools in batches, which would enable winning bidders to adopt standardised methods across schools in the group.

How much will the schemes be worth?

Up to £400m is available for the 42 schools that are receiving capital funding, although individual allocations have not yet been set. In total, there is £2.4bn earmarked for 261 projects, which if it were to be split equally would work out at just under £10m per school. However, Gove’s announcement said that schools would be “rebuilt or have their condition needs met”, suggesting that some schools could have significantly larger projects than others.

The Education Funding Agency has yet to announce how many schools will be in each batch, but one source said firms were expecting each wave of the programme would include around five batches of schools, with around eight or nine schools in each, and packages worth in the region of £80m. However, officials working on the PFI contracts are opposed to telling bidders a target cost of schemes, and are understood to be planning not to publish an indication of the unitary charge firms would be able to charge clients. The move is an attempt to drive down the cost of schemes, but has been criticised for its potential to discourage consideration of the whole life value of projects when bidders are selected. Steve Beechey, head of education at Wates, says: “It is essential that bids are still evaluated on the basis of best value; measuring on price alone would be a retrograde step and would not make best possible use of the funding.”

What will happen to the schools that missed out?

There were 326 schools that applied for inclusion in the Priority Schools Building Programme that missed out. Gove has said that “some of these will have their needs addressed through other funding […] for maintenance”, for which the government has allocated £2.8bn over the past two years. Maintenance allocations continue to be made on an annual basis.

Schools that still require improvement work will be prioritised on the basis of the results from surveys of the condition of the school estate being undertaken by consultants Capita Symonds, Davis Langdon and EC Harris on behalf of the Education Funding Agency.

However, these projects will not be taken forward until the next comprehensive spending review period, starting in 2015. Schools may be able to carry out work further by exploring alternative forms of funding, such as using local asset-backed vehicles.