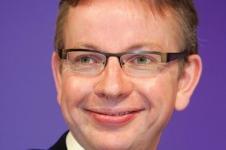 Michael Gove has taken £400m from existing schools capital budgets to fund rebuild and improvement work on 42 schools in a bid to fast-track work through the government’s priority schools building programme.

In a statement to parliament today, the education secretary said 42 of the 261 schools to receive funding through the £2bn Priority School Building Programme (PSBP) would receive capital grant, rather than be funded through the private finance initiative, in a bid to address their “urgent” need (see list attached right).

A Department for Education (DfE) spokesman said up to £400m in capital grant would be allocated to the first 42 schools, which included 18 special schools.

He said the exact amount would be “subject to the individual business case developed for each school”.

The spokesman said the grant had come from existing capital budgets, including savings from the previous government’s £55bn Building Schools for the Future Programme (BSF), which was cancelled by the coalition government.

He said: “Through careful husbandry and a thorough review of our capital budgets over the remainder of the spending review period, we have identified available funding that we have decided to allocate to PSBP.”

“The EFA will be in contact with successful applicants about next steps, and will be engaging with contractors and the market so that the programme can move ahead as quickly as possible.”

He said the EFA was currently drawing up the delivery programme, with schools to be “batched” into groups “to create projects that can be delivered under one contract to make an attractive project for bidders and value for money for the public sector”.

“The process to batch the schools will take into account a number of factors including condition, geography and commercial attractiveness,” he said.

The PSBP was launched last year as a PFI programme, but the government placed PFI under review last autumn. Ministers have previously said the PFI review would not impact on the school building programme.

Today Gove said DfE was working with Treasury to ensure that the PFI review was aligned with the PSBP so work on the remaining219 schools could be brought forward.

Gove said: “I have previously expressed my strong support for the government’s agenda on reforming the PFI model and we are working closely with the Treasury to ensure the PSBP is aligned with this model in providing cost effective and more and more transparent delivery of services.”