New rules are due to come into force this year aimed at opening up contracts to SME contractors. Here’s what you need to know 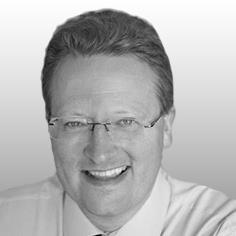 The European Commission’s mission to modernise and simplify procurement directives and to open up contracts to SME contractors culminated in the adoption of three new directives on 17 April 2014. These cover public sector contracts, concession contracts, and contracts procured by utility companies.

Member states have until 18 April 2016 to transpose these into national law. The UK saw publication in September of draft public contract regulations for consultation. These are expected to come into force early in 2015.

The draft regulations apply to all public sector bodies including schools, academy trusts, housing associations and clincial commissioning groups (CCGs). Part four of the regulations introduces rules that apply purely at the UK level to below-threshold contracts: £4.32m for works, and £111,676 or £172,514 for services and supplies, respectively for central government and local authority.

These are intended to implement Lord Young’s 2013 proposals to open up more contracts to smaller businesses. They introduce a requirement for central government to advertise contracts of £10,000 or more on the government’s Contracts Finder website. Local authorities and housing associations must also do so for contracts of £25,000 or more. Schools and academies are exempt from this, as are certain NHS procurements.

In each case, the advertising requirement only applies if the contract opportunity is put into the public domain, which leaves open the possibility of a behind closed doors deal or a framework call-off. The Contracts Finder advert must clearly specify the time limits to respond, how to respond and any other conditions for participation. The use of pre-qualification questionnaires for such contracts will be banned. Any questions about credentials or suitability to bid must in future be relevant to the subject matter of the contract and proportionate. The Cabinet Office intends to issue more detailed mandatory guidance to further shape best practice, particularly around issues like minimum financial standing and legal status. Authorities must explain any deviation from the rules by written report to the Cabinet Office.

Regulation 112 introduces a statutory requirement for public authorities to write into the contract an obligation to pay contractors within 30 days of a valid and undisputed invoice. If they fail to do so, the terms will become implied terms.

To help with arguments about whether an invoice is “undisputed and valid” the rules state that invoices must be “considered and verified by the contracting authority in timely fashion”. Undue delay is not regarded as justification for delay in payment.

Many of the reforms are welcome clarifications of principles already developed by case law. The changes to procedures, particularly the new domestic rules for “below threshold” contracts and 30-day time limits for payments will require authorities to adjust systems and processes in readiness. Contractors and service providers should be alert to their new rights.