Putting on the brakes

If someone takes out an injunction against a developer, it can cause a serious delay. What are the implications and how can you best prepare to minimise the effect? 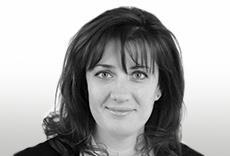 From identifying the perfect site to selling the finished product, many factors can delay a development. However, a developer might expect that, once a site has been acquired, there will not be any further property law issues. But if a party considers they have rights that are being infringed upon by a development - such as rights of light or a right of way over the site - they may make an application to court to stop the development in its tracks. This type of court order is known as an injunction, and can have serious consequences.

There are two types of injunction. The first is an “interim injunction”. This is an urgent provisional measure that will be put in place by the court unless or until the main issue is decided at a full trial. For example, Taylor Wessing acted on an application for an injunction where the owner of the adjoining property was concerned for the structural integrity of the building once the developer started carrying out works to the development site. He made an application seeking to have all works on site stopped immediately, until the issue had been resolved.

The alternative is a “final injunction”. This order will be made to last until a fixed date, or even perpetually. There is a higher burden of proof for a party seeking a final injunction as a consequence. By way of illustration, Taylor Wessing acted on a case where one party had the benefit of a covenant restricting the type of alterations that could be made to a neighbouring property. When the developer started to redevelop, the neighbour made an application for an order requiring it to comply with the covenant. This meant the redevelopment had to be substantially smaller than the developer’s plans, which necessitated having everything redesigned, and affected the ultimate sale price of the new property.

Injunctions are serious remedies, and are treated as such by the court, and whether or not to grant the injunction will be solely at the court’s discretion. The party that applies for the injunction must have a substantial cause of action and must not be acting peevishly or vexatiously. Injunctions should only be used where no other form of remedy - for example, a cash settlement - would be appropriate. The court will take into account both parties’ requirements and try to act fairly and in the best interests of both.

There is no fixed law, but generally the court will consider the following criteria:

Each case will turn on its own facts. Given the urgency of the court proceedings, and the significant impact upon development, any party faced with the threat of an injunction should seek urgent legal advice as quickly as possible.

Any application for any type of injunction will have a major impact upon development. If the injunction is awarded, the developer will be prevented from carrying out the works, or will be forced to implement measures to carry them out in
a different way.

Even if the court refuses to grant the injunction, there will be delays to construction and costs of dealing with the court proceedings that could prove extremely expensive. In the case referred to above, the developer was faced with a delay to the project that would mean wasted construction costs, late penalties, and legal/professional fees.

In the meantime, prevention is better than cure. Developers should seek to reduce the risk of facing an application for an injunction by ensuring that they have sought detailed legal advice on the development site and all matters affecting it before they commit to the programme of works.

If there are any rights that could result in an application for an injunction, the developer should consider how these could be accommodated, or make an early offer to settle any claim for cash, rather than face court proceedings.