However, for many of these, January has been truly blue, and the UK’s largest supermarket chains have revealed just how challenging the 2011 pre-Christmas trading period was.

Further weakening in economic prospects and consumer spending in 2012 will surely prompt the re-evaluation of some investment decisions.

Time will tell if the weakness in retail contract awards in December was merely a hiatus, or the start of a more fundamental contraction in work caused by supermarkets’ fears about profitability.

The latest forecast from the CPA leans to the former, anticipating retail construction output growth of 3% in 2012. Choosing to sit tight can lead to an offering becoming tired in a competitive marketplace. 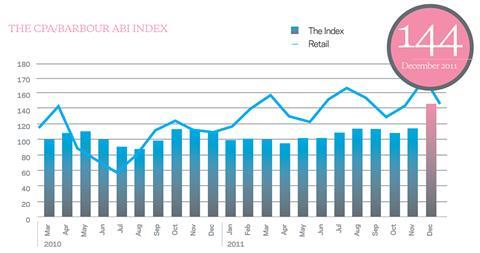