Patton Group is just the latest contractor to collapse while owing millions of pounds in retentions. How hard could it possibly be for our MPs to build a ring-fence for these funds? 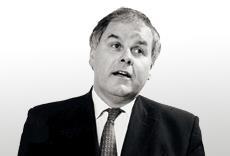 The Patton Group was a long-established construction firm in Northern Ireland. It was engaged on a number of large building contracts throughout the UK. At the beginning of last November, the Patton Group went into administration. Angry subcontractors affected by the collapse turned up at Stormont to lobby members of the assembly. Some were on the verge of collapse themselves. Retention monies to the tune of £10m had been lost.

During the current recession I have often been asked this question: I have £50,000 of retention outstanding. In a few weeks the builder will have gone into administration. What can I do to protect these monies?

The answer: absolutely nothing.

The wait for the final half of one’s retention is now in excess of two years - usually three years plus. It is simply scandalous that this state of affairs continues, especially when retentions are deducted from sums that were legally owed to the party that carried out the work.

It is interesting that last year the US state of New Mexico passed legislation outlawing retentions. In fact, in most US states there is legislation providing varying degrees of protection - everything from having to put the monies into trust to restrictions on the amount that can be deducted and the period over which retentions can be withheld. In France retention monies have to be placed with an independent stakeholder. The Construction Contracts Act 2004 in Western Australia requires that all retentions be held in trust.

Over here there are already statutory precedents for protecting monies that are made available to another party for a specified purpose - they exist within landlord and tenant legislation. For example, under section 42 of the Landlord and Tenant Act 1987 there is a statutory obligation requiring landlords to place in a trust fund service charges paid by contributing tenants.

The landlord’s recourse to the trust fund is strictly limited to defraying those costs for which the service charges were payable. Another example is section 213 of the Housing Act 2004 (and the regulations made thereunder), which provides protection for deposits given by tenants as security for performing their obligations under their tenancy agreements. Such deposits have to be placed in government-backed tenancy deposit protection schemes.

So, what can we do to address the vast amount of retention monies that are lost each year? I propose that we have a short bill to be presented in parliament or in, indeed, any of the legislatures of the devolved administrations. The bill should require a party procuring construction works to place retention monies in a separate account and hold the monies as a trustee. Such monies would, therefore, be ring-fenced and not available to an insolvency practitioner. If a client doesn’t withhold retentions but the lead contractor deducts retentions from his supply chain, the lead contractor will be the trustee.

The statutory trust protection should be available to most firms in the supply chain, including tier 3 contractors. Where a statutory trustee fails to place monies in a separate account, any deduction of cash retentions on the particular project would be unlawful. Where monies have already been deducted they will have to be returned immediately.

Where the client, for example, has made a deduction, the tier 1 contractor will be required to replenish the account to the extent of the contribution of each of his tier 2 contractors – provided that they were not responsible for the deductions being made in the first place. This requirement would transfer down into the contracts between tier 2 and tier 3 contractors.
Disputes arising under this legislation would be dealt with by reference to an adjudicator using the procedure in the Construction Act.

What is the next step? If you are sufficiently exercised by this issue, now is the time to write to your MP, MSP or assembly member. Tell them about the problems described in this column. Ask them if they would be interested in tabling a private member’s bill to protect retention monies. If you get any interest, let us know at carol.cooper@secgroup.org.uk.