With Africa a future engine of global growth, Morocco is a potential gateway to the continent for UK construction companies 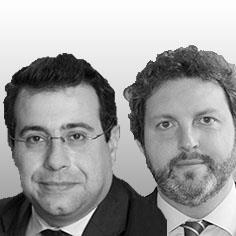 Morocco is an important emerging market and, with Africa increasingly seen as a future engine of global growth, Morocco is a potential gateway to the continent for UK companies.

Morocco and the UK have history. Eight hundred years of diplomatic relations, and bilateral trade in goods and services worth about £1.8bn. Morocco is a stable emerging market with a population of some 33 million, just three hours from the UK, ranked second by fDi Magazine as the African Country of the Future for 2013/14 and in the top 10 in the 2015 Islamic Growth Markets Investment Index.

It is a leading producer of phosphates but has historically had to import almost all of its energy and water is scarce. Arabic and Tamazight are the official languages and the business language is French but an increasing number of business people speak English.

So what opportunities might Morocco present for UK construction and what is the legal environment?

The country’s ambitions are evident in such projects as the Tanger Med and Nador West Med ports, the planned new Marrakech airport and financial and business hub Casablanca Finance City, which Morocco wants international companies to use as a springboard into the region, in particular, French-speaking African markets, to become “the major gateway to sub-Saharan Africa”. Moroccan National Railways’ planned expenditure for 2015 was $780m (£538m), with more than half for the Tangiers to Kenitra high speed line. Solar power is another priority and it aims to source at least 40% from domestic renewable sources by 2020, with solar power projects key to the plan.

In the World Bank 2016 Ease of Doing Business tables Morocco ranks at 75 overall, out of 189 countries, at 43 in the “Starting a business” and 29 in the “Dealing with construction permits” categories and at 59 for contract enforcement. In the 2015 Transparency International Corruption Perceptions Index Morocco stands at 88 out of 168.

Morocco is a constitutional monarchy with a new constitution approved by national referendum in July 2011. It is a civil law country, reflecting French law’s historic influence, with Islamic law also playing its part. That influence inevitably brings with it decennial liability for construction projects and, in addition, under Morocco’s new insurance law, both Contractor’s All Risk and Decennial Liability insurance are now compulsory. Another new law, no 86, deals, for the first time, with public private partnerships.

Morocco is a signatory of the 1965 Washington Convention on the Settlement of Disputes between States and Nationals of Other States, which established World Bank’s International Centre for the Settlement of Investment Disputes (ICSID), and of the New York Convention on the Recognition and Enforcement of Foreign Arbitral Awards (but only in respect of awards made in another contracting state). It has also signed a number of relevant international agreements, such as a Free Trade Agreement with the United States and a number of bilateral investment treaties.

The future for trade, including construction, looks promising.