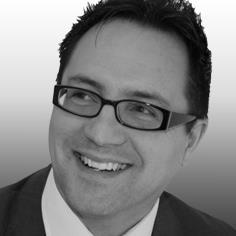 My last piece, entitled “dating, to engagement, to marriage”, talked about the need t‎o properly consult with the market over project opportunities, with an essential need to plan ahead and in some instances even sell the scheme to the market. The backdrop being lots of work and not enough contractors.

This ever apparent reality seemed to strike a chord with many people who‎ decided to drop me a note. Many of you made the point that one way of trying to deal with the stretching of contractor resources was by encouraging new players to enter the arena. I agree, absolutely, but this is far easier said than done. So, why is that?

If we focused at a regional level, it is fair to say that ‎there are many rules and regulations governing what you can and can’t do when running a construction site. Whilst these are generally published there are always the inevitable things that you find out when you run into them, the things that we refer to as experience. And these experiences are, over time, understood much better by relationships that are built with the various authorities, or often individuals within the various bodies. Clients are generally more comfortable having their London project built by a contractor who understands London, or a Manchester project by someone who understands Manchester, and all the quirks that go with these locations.

Secondly, as we know, human behaviour is often a barrier to change‎. We generally don’t like to “fix something if it’s not broken”. However, there are some people that would advocate that “if it’s not broken, break it”, because how can you be sure that there’s not a better way. After all, how can one strive for innovation and continuous improvement if all that’s done is the same as last time? But the fact is that we generally stick to what we know, because that’s easier for our brain to rationalise.

There is no doubt that there is a strong case for new entrants in the market and it is occurring, and in my view, will continue to do so. It would be unfair to mention company names but there are several European and some Asian players already operating in central London and elsewhere. These companies will inevitably gain that valuable experience, form those important relationships with the local authorities and ‎attract good personnel from the established contractors where individuals are drawn to lucrative packages and fresh challenges. I’m sure several of these contractors trying to get a foothold in London and other major cities see JV opportunities as a stepping stone, and if the project is financed from their homeland then their ability to influence is naturally stronger.

In summary, I have no doubt that the industry would benefit from some new competition, whether that be contracting organisations or newly established firms of cost consultants!