The TCC is piloting a scheme to promote shorter trials. Take up has been scant but a recent case has shown the benefits it can deliver in reducing costs 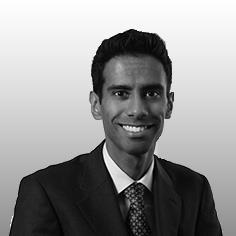 The Shorter Trials Scheme (STS) was introduced in autumn 2015 to bring some business-related disputes to court faster, with shorter trials and at a reasonable and proportionate cost. Key features of the STS include a short timescale between starting court proceedings and going to trial, simpler pre-action requirements, a pared down disclosure procedure and no oral evidence. Such a procedure might sound attractive to those who have experienced full-scale Technology and Construction Court (TCC) litigation but the take-up of the STS has been disappointingly low so far - as have those of its sister scheme, the Flexible Trials Scheme (FTS).

The judiciary support the scheme, if the judgment in National Bank of Abu Dhabi PJSC vs BP Oil International Ltd [2016] is anything to go by. In this case, the parties had agreed to adopt the STS procedure to deal with the claim for damages of the National Bank of Abu Dhabi (NBAD), the claimant, for breach of warranty and representation. The parties asked the court to consider a single issue of interpretation - whether the existence of a prohibition in their contract meant that the defendant (BP) had made a false representation. Despite the large sum in dispute (over $68m (£54m)), the relevant facts were limited - as was the documentary evidence needed in support of the claim and defence. It was, therefore, a claim ideally suited for the STS.

The claimant started the action on 4 March 2016 and, after agreeing to proceed under the STS, the parties attended a one-day trial, just eight months later (in normal conditions a case such as this could take around 12-18 months to get to trial). Notably, and in keeping with the relevant Civil Procedure Rules (CPR) (specifically, Practice Direction 51N (PD51N)), there was very limited disclosure of documents, no exchange of witness statements and no oral evidence. In delivering her judgment just two weeks after the hearing, Mrs Justice Carr congratulated the parties and their lawyers for the “co-operative spirit” in which they conducted the litigation.

She noted this had resulted in “an effective and speedy process” highlighting that the costs of £350,000 were substantially less than one might normally have expected in a piece of litigation worth $68m.

This decision - the first to be given on a case in which the STS has been used - highlights how well the STS can work in practice. So why is the scheme proving slow to take off?

From a construction dispute perspective, there are a number of reasons for ruling it out. Firstly, the STS is not suitable for cases involving multiple parties or issues. Many construction claims will fall at this first hurdle, involving, as they tend to do, numerous parties with complicated issues.

Secondly, the parties involved often need time to get to grips with the complexity of the claim - often with the help of experts. They therefore need the full range of pre-action procedures and tools provided by the CPR. Thirdly, requiring the production of the key documents at the outset and limiting disclosure can prove unfeasible for large cases in which multiple parties have produced extensive documents. Simply locating and processing the documents and then reducing them to a core set of the most relevant evidence is a time-consuming, expensive exercise. In some cases, the STS simply will not allow enough time to assess whether a claim is worth pursuing or defending.

That said, construction litigants should not dismiss the STS. It offers another useful and welcome alternative dispute resolution option that fills the gap between adjudication and full-blown litigation in the TCC. Let’s be clear: this scheme is not suitable for every construction dispute. The STS will do little justice to complex claims that require extensive expert and factual evidence to resolve. Its real value lies in the judiciary’s hope that the STS should “help to foster a change in litigation culture which involves recognition that comprehensive disclosure and a full, oral trial on all issues is often not necessary for justice to be achieved”.

As with all change (especially in the legal sector), acceptance is proving slow. Let’s hope that the limited enthusiasm for the STS does not herald its demise when the pilot ends in September 2018. Its existence both challenges litigators to streamline their route to dispute resolution and promotes co-operation between the parties.

Choosing the right method of dispute resolution for a particular dispute is crucial to its effective resolution and the STS is a welcome, additional option. Those footing the legal costs of the case examined here no doubt appreciate their legal teams suggesting the STS.