Statutory limitation periods: The sense of an ending

If a statutory limitation period for making a claim can begin with the adjudicator’s decision, disputes can potentially drag on for over a decade. There may be a solution lurking in NEC3 … 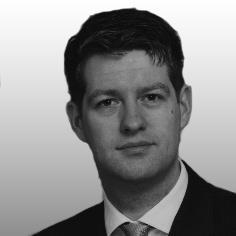 An important part of understanding contract risk is appreciating how long you might be on the hook. For this reason we have statutory limitation periods which, for contracts, mean that an action must be brought within six years of the breach that has given rise to the claim, or 12 years if it was a deed.

There has been debate over the years about when the breach occurs: during the project when something is done incorrectly, or at the end when it is said to be complete but, in fact, is not.

One intriguing question is what would happen if the six or 12-year period was, in effect, doubled. The Court of Appeal was recently asked to consider this point, in the context of adjudication and the statutory requirement that it be available at any time, in Aspect Contracts (Asbestos) Limited vs Higgins Construction Plc.

Higgins contracted Aspect to carry out an asbestos survey. This was carried out in March 2004 and paid for in June 2004. In June 2009, Higgins started an adjudication against Aspect because the survey had not identified all of the asbestos. In July 2009, the adjudicator decided that Aspect should pay Higgins £650,000 – that is, part of what was claimed. So far so good, 2004 to 2009 is nicely within the limitation period.

However, in February 2012, Aspect started court proceedings as it considered the adjudicator was wrong. Three months later, Higgins made a counter-claim for the amount it had asked for in the adjudication. The Court of Appeal found that Aspect’s claim could proceed but that Higgins counter-claim could not.

To make this work, parties and their insurers have to be willing to give up possible claims they haven’t thought about yet

This might seem quite a surprising position but the Court of Appeal rationalised it this way. Higgins always knew it had a claim for the balance of the amount originally sought in the adjudication and could have pursued it at any point, whereas Aspect was only aware of a claim it could make after the adjudicator had made a decision because it was only at this point that a sum became due from Aspect.

Therefore, the limitation period ran for Higgins from the date of the alleged breach by Aspect - March 2004 – which meant that the time for it to bring a claim expired in March 2010. This was fine for the adjudication but not for the court action, even a counter-claim. On the other hand, Aspect did not have a claim until the adjudicator made a decision requiring it to make a payment so Aspect’s limitation period ran from July 2009. It could challenge the adjudicator’s decision at any point up to July 2015.

Although the Court clearly found a rationalisation for its decision, does it really take into account the commercial issues around such a claim? Where does one draw the line on starting legal action after being partially successful in adjudication? One of the major themes of the court system over the last 15 years has been to try and persuade claimants away from formal action. However, this judgment seems to put a partially successful party to an adjudication in a near impossible position of pursuing the remainder of its claim through the court of arbitration or lose the right to that claim if the losing party challenges the adjudicators decision later. It could be seen as promoting litigation in addition to or instead of adjudication.

Of course, adjudications are not often as simple as a claim and defence - they often include set-offs and effective counter-claims. Take a fairly typical situation: a subcontractor claims in adjudication £200,000 for additional work. The contractor answers that the work is not additional and, in any event, through defects and delay damages the subcontractor, in fact, owes £200,000.

The adjudicator decides that there was some extra work (£50,000) but also that some delay damages apply (£25,000) and there were some defects (£25,000). The end result is no one pays anyone anything. The contractor could argue that there has been an overpayment of £50,000 and the limitation period starts running at the date of the decision, even though there has been no payment. At that point both parties are left with a large degree of uncertainty, but what can they do?

A possible solution could be the use of a Notice of Dissatisfaction clause, such as in NEC3 W2.4(2), allowing four weeks for either party to raise a problem with the adjudicator’s decision or lose the right to take it to court.

Such a clause would probably have completely averted argument before the Court of Appeal by, in effect, inserting a new limitation period. It would provide clarity and certainty, so perhaps NEC is showing us the way forwards.

To make this work, parties and their insurers have to be willing to give up possible claims they haven’t thought about yet. Is making an early decision about pursuing a claim (and then pursuing it diligently) really too high a price to pay for certainty?

Rob Horne is a contentious construction partner at Trowers & Hamlins