Does an adjudication enforcement trump an insolvency moratorium? A recent case in the TCC has provided clear guidance on the issue 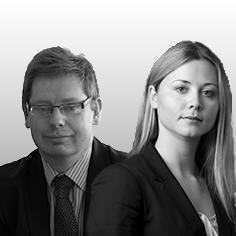 On 19 January 2017, Mr Justice Coulson gave judgment in the case of South Coast Construction Ltd vs Iverson Road Ltd. The case concerned proceedings for the enforcement of an adjudicator’s decision and is likely to have wide ranging implications in respect of the interplay between the Insolvency Act 1986 and enforcement of adjudicators’ decisions, in particular what happens when a company which has an adjudication decision against it goes into administration.

The first was issued on 29 November 2016 with two further notices issued on 13 December 2016 and 4 January 2017. One effect of a notice of intention to enter administration is to impose a statutory moratorium on the commencement or continuation of proceedings against the company for a period of 10 business days. Thus a statutory moratorium was in place up to and including 18 January 2017, which was the date of the summary judgment hearing. Iverson Road only informed South Coast and the court that a notice had been issued and that a statutory moratorium was in place on 16 January 2017. South Coast consequently applied to Mr Justice Coulson to exercise the courts discretion under paragraphs 43(6)(b) and 44(5) of the Insolvency Act 1986 and give permission for the enforcement proceedings to continue on 18 January.

Although ultimately Mr Justice Coulson reserved his judgment until 19 January (when the moratorium had expired) he gave judgment on the application, commenting that it raised an issue which is likely to have wide ramifications. The judge therefore had to decide whether (had he decided the matter on 18 January) he would have exercised the court’s discretion to lift the moratorium.

Mr Justice Coulson accepted that the principles set out by Lord Justice Nicholls (as he then was) in Re Atlantic Computer Systems [1992] Ch. 505 applied to such applications. In essence, when deciding whether to lift a moratorium, the court has to balance the legitimate interests of the claimant against those of other creditors of the company. In AES Barry Ltd vs TXU Europe Energy Trading [2004], Mr Justice Patten stated that it would only be in exceptional cases that a creditor who has a purely monetary claim would be granted the right to advance court proceedings overriding a statutory moratorium.

In the case of Ronelp Marine Ltd & Ors vs STX Offshore & Shipbuilding Co Ltd & Anor [2016], Mr Justice Norris held that it was a factor of significant weight in favour of lifting a moratorium that proceedings were afoot and reasonably well advanced.

In the case of Iverson Road, Mr Justice Coulson considered the principles set out in Re Atlantic Computer Systems and Ronelp and decided that he would have granted permission for the enforcement proceedings to continue. In particular he stated that having the enforcement application determined would cause no prejudice to the other creditors or jeopardise the purpose of the moratorium but would in fact assist the administrators by providing certainty as to the value to be attributed to the decision in the administration process.

He also took Iverson Road’s conduct into account commenting that, in issuing serial notices without appointing an administrator and failing to inform either South Coast or the court until two days before the hearing, Iverson Road had been playing a “deliberate double game”.

Mr Justice Coulson indicated that regardless of the other factors, he would have exercised his discretion and allowed the proceedings to continue because of the very nature of adjudication enforcement.

In summary, the court has provided clear guidance that adjudication enforcement proceedings will trump the statutory moratorium imposed by the Insolvency Act and the courts will exercise discretion to lift the moratorium. Further, this judgment will hopefully deter defendants from issuing a notice of intention to enter into administration as a tactic to delay having to comply with an adjudicator’s decision.