In this age of austerity infrastructure projects are limited to what is ‘affordable’. But what will be the cost if we fail to invest in this country’s future? 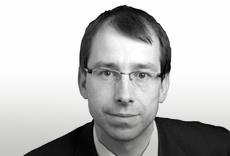 Affordability is a beguiling but dangerous word. Focus on the affordability of construction projects and we focus on our problems today, not our opportunities tomorrow. It restricts our appetite for investment, for growth, and hence for personal prosperity. It is indeed its own worst enemy. Unfortunately it is increasingly the word used in answer to everything we want to do - and the excuse for doing even less. It is time to stop the excuses.

The Public Accounts Committee (PAC) in its April 2013 report Planning for Economic Infrastructure states: “We are not convinced that a plan requiring £310bn of investment in infrastructure is credible given the current economic climate … Given the financial constraints affecting both the government and consumers’ ability to fund infrastructure expenditure on this scale, the Treasury should assess how much investment can realistically be financed and develop a coherent strategy using tightly defined criteria to identify and prioritise projects.”

In this age of austerity, this approach appears reasonable and it is easy to dismiss any alternative as fiscal recklessness and scandalous disregard for the financial pressures that households across the country are facing. Yet I would dare to suggest that, given a choice, most pressured households would prefer a focus on creating more and better-paid jobs than a focus on how much their bills will increase to pay for renewable energy. If we can create jobs, then our spectre of affordability can be vanquished. If we focus on the spectre itself, it will take on ever more substance.

This isn’t just about the case for more government spending on infrastructure. With nearly 70% of the UK’s infrastructure investment procured privately, using investment to drive growth is also about business sentiment, about the stance taken by regulators and about a political culture in our society which finds it easier in adversity to retrench than to grasp the opportunity.

If we can create jobs, then our spectre of affordability can be vanquished. If we focus on the spectre itself, it will take on ever more substance

The Treasury gets it, or at least whoever holds the pen in the Treasury on the infrastructure bit of their website, where it says, quite rightly: “Failure to make the right choices at the right time, or pausing investment, risks not only growth but also the UK’s international competitiveness.”

But the trouble is, such fine words are not finding any expression in reality. According to the Organisation for Economic Co-operation and Development, the UK government has invested less in our infrastructure as a percentage of GDP than the US, Canada and France in every year from 1980 to 2011.

And looking forward to 2016 the UK is planning on reducing that investment still further to 1.4% of GDP, whereas, for example, India will be investing over 10% of GDP. How on earth can we expect to stay competitive on that basis?

Part of the problem is our failure to envision a future which is materially different to today.

Many believe High Speed 2 (HS2) is a colossal waste of money. I ask a different question, whether we think it reasonable that in 2050 we will be still travelling around the country on a rail network put in place 200 years before, considering a few minor things have happened since then, like the invention of the microchip and a nearly fourfold increase in the UK’s population (from 21 million in 1850 to a predicted 77 million in 2050). The starting point for the HS2 business case should not be a sterile academic argument over a cost-benefit ratio but a bold exposition of how to achieve a prosperous future for our country, of which HS2 is just one small but important piece.

Another part of the problem is that we focus, relentlessly and tediously, on the successes and failures of what we do, and generally ignore that which we failed to do altogether. Build a road or school, that costs twice as much as it ought, and the National Audit Office (NAO), quite rightly, nails the hapless to the wall. Fail to build it and, well, nobody notices. But the scandal of the lost opportunities may well outweigh the scandal of the wasted spend.

The NAO, in January’s Planning for Economic Infrastructure report, provides a list of risks to value for money. One is “inaccurate identification of the need for infrastructure”.

The report says: “Forecasters may overestimate demand, in which case benefits are lower than expected and poor value for money results.” Indeed, or they may also underestimate demand, fail to build the necessary infrastructure, fail to create jobs, fail to connect communities, fail to drive growth, fail to support the UK’s competitiveness. But since we can’t easily measure all that, let’s ignore it.

And now we have the spotlight turning increasingly on affordability. Another good reason not to invest or to delay that investment. Another reason to help relegate the UK to a second tier economy. Have no doubt, a focus on affordability will come at a high price.