The energy reforms are progress – but now we need action

Without a decision on long-term decarbonisation, the cost of capital will rise and building more plants will be more expensive 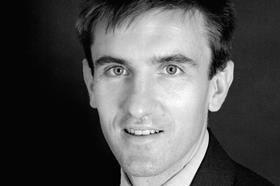 With all the coalition’s squabbling on energy, it must have been quite a relief for energy secretary Ed Davey to be able to say it had, at last, arrived at a “landmark agreement on energy policy”.

As ever, there are pros and cons. On the up side, the government has agreed that energy companies will be able to raise much more cash to pay for generation, through a levy on energy bills.

This also means the increasing annual levy they’ll be able to raise from homeowners each year up to 2020 will go directly from our bills to the generators. Keeping the money away from government coffers boosts support for nuclear, potentially a vital part of the long-term mix, while allowing the Lib Dems to keep their promise of no public subsidy for nuclear.

Assurance that this levy support can continue until 2020 means there’s eight years of certainty.

On the downside, postponing a decision on long-term decarbonisation until after 2016 does nobody any favours. The Committee on Climate Change recommended this target to provide long-term indicators. Its absence will raise the cost of capital for all, making the building of new plants more expensive all round.

Finally, it won’t be until we have confirmation of how much the government will pay for each unit of low-carbon electricity that we’ll know if this will work. Too low, and nuclear and wind investment will go elsewhere. Too high, and the £9.6bn raised from our bills won’t be enough to go round.

The plan is progress, no doubt. What we need is certainty that energy efficiency is at the heart of government policy - in action not just words.