The Green Homes Grant fiasco is such a missed opportunity 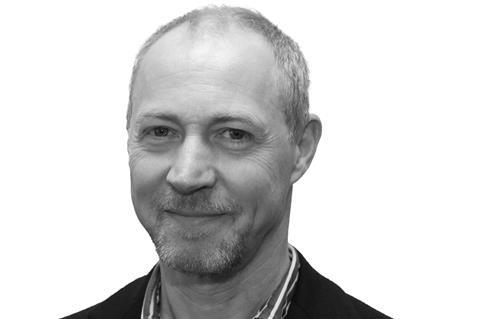 News that just 5% of the money allocated to the Green Homes Grant has been spent while unspent cash is being clawed back into government coffers after March is depressing reading for anyone who cares about the environment.

According to the Construction Leadership Council, domestic carbon emissions accounts for 20% of the UK total, with space heating responsible for the bulk of that figure. The bulk of Britain’s 29 million homes are badly insulated, leaky and fuelled by gas or oil. Worse still, domestic emissions are likely to rise because former office workers are now working from home and need the heating on all day.

The Climate Change Committee has said retrofitting homes to reduce emissions is a UK infrastructure priority and should be supported as such by the Treasury. Which is why last July’s announcement of the Green Homes Grant, a £1.5bn fund for energy efficiency improvements to 600,000 English homes to be spent by March 2021 was welcome. This was boosted by another £320m for 2021-22 in the spending review.

The scheme gives a grant of up to £5,000 to cover two thirds of the cost for a basket of measures including insulation, heat pumps and hot water solar panels. The measures must be fitted by a TrustMark accredited installer.

Inexplicably, an American firm called ICF was given the contract to run the scheme. The scheme has been dogged by reports of householders waiting for months before receiving the voucher needed to pay for improvements. Installers who have invested in staff and TrustMark accreditation have let staff go because of the lack of work.

The net result is by 22 January only £71m had been spent with less than two months in which to spend the remaining £1.4bn.

Despite these delays, business minister Anne-Marie Trevelyan revealed in a parliamentary answer that the unspent money would not be rolled over into the next financial year. That leaves just £320m for retrofit improvements for the 2021-22 financial year, which is peanuts in the context of £100bn of infrastructure spending allocated for 2021.

Consider the scale of the challenge. The CLC’s proposed national retrofit strategy suggests a £3.64bn investment in domestic retrofit for 2021 rising to £16.8bn in 2022-24 and £235.7bn by 2030 is needed. The idea is the programme is built up gradually from establishing capability to full speed ahead. The programme would be funded by private and government money with the latter getting back more than it puts in from the tax revenues generated by the work and the health savings that come from people living in better quality homes.

> From the archive | The Green Deal: A catastrophe from start to finish

Successful retrofit needs to follow a plan as an understanding of existing energy use and how the home is constructed is needed. An energy reduction target needs to be established and a holistic approach towards the necessary measures adopted. Fortunately, the groundwork has been done; a publicly available specification, PAS 2035 sets out a specification for energy retrofit complete with best practice guidance. It also sets out five new roles ranging from a retrofit assessor who assesses the home to the retrofit co-ordinator who prepares a retrofit plan for improvements over a 20-30 year period and oversees the work. Another standard, PAS 2030 is aimed at installers who do the work.

The retrofit assessor and co-ordinator roles are new and many thousands more installers will be needed to undertake a national retrofit programme. But people will only make the investment if they can be sure of getting plenty of work.

This why government pump priming is needed to kick-start this nascent industry. Feed-in tariffs were successfully used to stimulate the market for PV panels and other technologies and subsidies were used to do the same for the offshore wind industry. In both cases these are now economically viable without the need for subsidies because of falling costs – indeed offshore wind operators must now bid for seabed space with the most recent auction raising £4bn for the Treasury and Crown Estate.

This is precisely what the Green Homes Grant should have done. Not only has its introduction been a fiasco but it was funding piecemeal measures rather than looking at the home holistically as required by PAS 2035. Installers need PAS 2030 certification with TrustMark accreditation to fit Green Homes Grant measures but really the PAS 2035 process should have been folded into the scheme to help get the industry up to speed with a view of using this experience for a national retrofit programme.

On the grounds that it is better to be an optimist and proven a fool rather than be a pessimist the hope is the government has clawed back the Green Homes Grant money so it can repackage it as a pump primer fit for the huge retrofit challenge that lies ahead.