The new Asian tigers: Indonesia, Vietnam and the Philippines 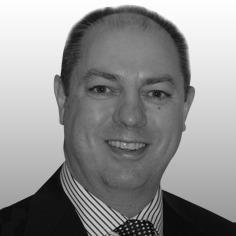 By 2025, 41% of global construction activity will be happening in today’s emerging Asian economies – up from 31% today.

Emerging Asia includes the powerhouse economies of China and India, but also economies such as Indonesia, Vietnam, Thailand, Philippines, Malaysia, Singapore, South Korea and others.

Today China, as we know, is still the main driver of construction growth in the region, but we will see the emergence of new “Asian Tigers” – Indonesia, Vietnam and the Philippines – which will help propel growth.

Indonesia is expected to benefit from growth in export-orientated manufacturing, as well as growth in population and urbanisation – and is the world’s third largest housing market by number of new homes needed by 2025, ahead of the US.

By 2025, construction activity in emerging Asia will have doubled in just 20 years

These may be the new kids on the block, but the opportunities in emerging Asia’s largest economies – China and India – are still vast.

Despite the expected rebalancing of China’s economy, away from investment in infrastructure, and a slowing of China’s population, continued urbanisation is still expected to drive growth.

In addition, growth in middle income households in China, with over 30 million households expected to earn more than $30,000 per annum by 2020, will drive growth in areas of construction such as distribution, retail, education and other similar sectors.

A total of 270 million new homes are needed to meet demographic needs in China and India alone between 2012 and 2025, mostly in the affordable end of the market.

Construction globally is expected to grow by more than 70%, from $8.7 trillion today to $15 trillion by 2025, with the construction markets of emerging Asia expected to be the fastest growing, averaging 6.9% per annum. This is compared with a global average rate of growth of 4.3% per annum and just 1% per annum in Western Europe.

The dynamics of emerging Asia are currently being tested, with increased volatility in markets today, but the underlying fundamentals mean that the region will rise to become the most dominant construction market in the world by 2025.