Far from being overcomplicated, the new CIOB complex contract is as simple as it can be without becoming ineffective 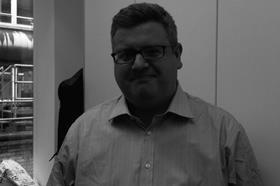 That is very witty, but in another journal Edwin Glasgow QC has expressed the belief that its “plain English approach will have a receptive audience among large international projects where FIDIC is seen as overcomplicated, and at home where there’s dissatisfaction with the JCT”.

Tony also suggests that nobody will ever have time or energy to read the new contract. “No one, absolutely no one who is a real builder of buildings, and that includes all of the subcontractors and sub-subcontractors, will ever read this new building contract.” Actually, so far more than 1,000 people from 74 different countries have requested review copies.

Tony’s criticisms are not very specific. Instead, he advances five propositions about the construction world:

If disputes are the norm, why “lump it”? Why not try, with the CIOB, to do something helpful to change the situation? If the existing contracts are broke, the way forward is to fix them. Doing nothing about the “norm” only means clients will continue to receive their projects late and over-budget. Those who have drafted the new contract, and the CIOB, would prefer to help employers and contractors achieve mutually beneficial objectives and that is what the new contract seeks to encourage.

“2. The players are partisan”

“3. They do not understand the contract forms”

I don’t agree with Tony that the industry doesn’t understand the contract forms. Some of those who do understand them very well and also know how to take advantage of their inadequacies.

It would be more correct to say that change orders have the potential to cause delay and disruption and in the event that they are not managed properly then that can lead to disputes. Of course badly managed change orders are a key cause of disputes, but any number of factors can drive disputes. One of those factors is the failure of existing contract forms to address delay and disruption management adequately and this is something the CIOB form attempts to remedy.

Unscrupulous players (particularly those who know how to use contracts to their advantage) may seek to exploit contracts and are sometimes successful at doing so. But what serious player wants a reputation for exploitation with all the market implications that entails?

Yes, those contemplating using the NEC3 contract need to understand the level of administration required, and so will those using the new CIOB form. The CIOB form is specifically intended for complex projects and by their nature such projects require a sophisticated approach to administration.

Tony says that his premise is that “none of the forms of contract [by which he means JCT, NEC, PPC2000, FIDIC etc] are understood by one jot by our industry” and he challenges the CIOB to produce a contract for complex projects that is 4 pages long. What’s the point? This would be impossible and which international financier would (or should) agree to finance the erection of a skyscraper let on a JCT Homeowner’s contract (which itself is longer than 4 pages)? The CIOB has worked hard to produce a form of contract that is as simple as it can be without becoming ineffective.

Not everyone in the industry is a plasterer, but to all Tony’s plasterer acquaintances I suggest that if they want to do a good job on time, they might actually benefit from taking a look at how the new contract addresses time management. Indeed I would encourage as many members of the industry as possible to read the CIOB contract and provide their comments to the CIOB by 30 July 2012 (when the consultation period closes).