The office will endure as a positive choice for many

The chances of a significant long-term change in our traditional working behaviour are massively overestimated, says KPMG’s Richard Threlfall 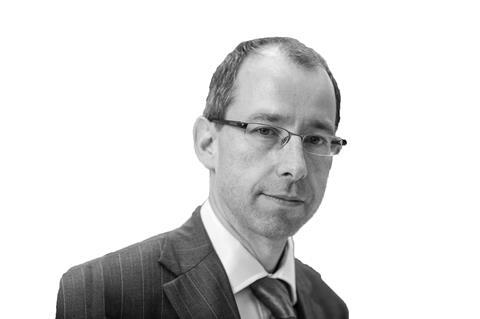 This was the question I posed in my Building article in January 2017, counterposing the culture, fun and opportunity against the crowded transport, polluted air and overstretched public services. I wonder how you feel about it now?

Does the health risk of public transport, crowded streets and offices weigh heavily on your mind? And once covid-19 has been annihilated by a vaccine or exhausted itself, will you still prefer working from home if that is an option?

This question is vexing businesses and governments across the world, and the truth is no one really yet knows the answer. Covid has lobbed into the middle of all our planning models the most massive uncertainty factor.

The ramifications of that uncertainty are immense. Transport for London, for example, has seen a dramatic decline in revenue, and how quickly it recovers will determine the extent of the need both for ongoing taxpayer support and for restructuring of its operations. Businesses such as KPMG, whose staff have generally worked from city-centre offices or at client sites, are debating to what extent it might be possible to “lock in” some of the changed working patterns in a way that creates both greater efficiency and lifestyle flexibility for employees. City-centre real estate owners such as Hammerson are having to consider the extent and future use of their city-centre portfolios.

A prevalent view is that we are going to see a dramatic change in working patterns, with much less commuting into city centres. The worry that could lead to the demise of the viability of city centre businesses that rely on the passing trade of office workers, and potentially undermine the global pre-eminence of a city such as London, has fuelled recent lobbying of the government to encourage a return to the office. Equally, it has led to fervent speculation about the revival of small towns and villages whose shops and social vitality might be restored by home-workers spending time and money in their locality.

Personally I think the chances of such a significant long-term change in behaviour are  massively overestimated, for three reasons:

First, there is an inherent bias in much of the commentary, which is being written predominately by those further on in their careers, from the comfort of home offices in affluent suburbs or on the edge of open countryside. I guarantee you will get a different view if you ask those in their twenties if they like working from a corner of the kitchen table in their shared bedsit, and are excited by the idea of spending the evening meeting neighbours in the Dog and Duck.

Second, most humans crave face-to-face contact. The isolation of working from home certainly does not appeal to many, and for some can be far more problematic. The mental health charity Mind says that covid has created a mental health emergency.

Innovation and an aligned sense of purpose are all easier to foster where individuals are brought together, according to the UK’s most senior civil servants, Sir Mark Sedwill and Alex Chisholm, who recently advised that “it is the government’s view that … there are significant benefits to be gained from working collaboratively in an office environment”.

Third, while remote working may be fine where relationships are already developed, it is much harder for building new ones. New staff feel lost in a business where on-boarding support is remote and potentially impersonal. Without the random contact in the staff canteen, businesses become more siloed, and without bumping into new contacts their networks rapidly become ossified.

I am not arguing that we won’t see some changes in behaviour. Lockdown has opened our eyes to the benefits of greater flexibility in how we work – and run our lives – and allowing individuals more autonomy as to how they work is to be welcomed and I hope will endure.

But there are bigger trends in play that we should not forget. The world’s population is continuing to rise and become more affluent. Both the absolute number and proportion of the world’s individuals living in urban environments has been rising for years, and I don’t expect that trajectory will be more than temporarily blunted by current fears.

The application of digital connectivity is the fourth industrial revolution, and it has been turbo-charged by covid-19, but history suggests that, as the world becomes more virtually connected, so the demand for travel will increase too. Climate change demands that we address carbon and other emissions resulting from travel, but the development of electric cars, hydrogen trains and biofuel planes suggest we will continue to find and apply technologies that allow us to retain the lifestyle choices we associate with quality of life. And my bet is that being with others in an office environment will remain a positive choice for many.