Some cases involving standby letters of credit have been reassessed by the Court of Appeal. So what clarifications of the law were made this time around? 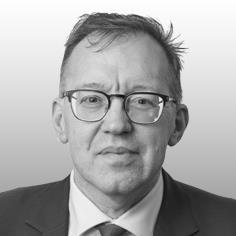 The cases of NIDCO vs Banco Santander S.A. and Petrosaudi both made it to the Court of Appeal.

The threshold for ‘fraud’ is high. It is not sufficient to show that a beneficiary was claiming more than it was entitled to, or had no entitlement to make a claim

In Petrosaudi, the Court of Appeal considered that an honestly held incorrect opinion on legal entitlement should not necessarily make a demand fraudulent. It is only if the person making the demand actually knows and believes that it has no entitlement under the performance security that fraud will be found, or if the person is “recklessly indifferent” to whether it has an entitlement. No such knowledge or belief existed here.

In Banco Santander, the Court of Appeal clarified the law as to the proper test to be applied by beneficiaries on summary judgment applications under letters of credit. Lord Justice Longmore confirmed that the correct test to apply was that there must be a “real prospect” of establishing “that the only realistic inference is that [the claimant] could not honestly have believed in the validity of the demands”.

The judge at first instance had applied too high a test by using the phrase “seriously arguable” rather than the wording of the summary judgment provisions within the civil procedure rules, “no real prospect of success” (some chance of success). The prospect must be real and not false, fanciful or imaginary.

The NIDCO vs Banco Santander and Petrosaudi Court of Appeal judgments uphold the autonomy principle under English law. As Lord Justice Longmore emphasises: “Letters of credit are part of the lifeblood of commerce and must be honoured in the absence of fraud on the part of the beneficiary. The whole point of them is that beneficiaries should be paid without regard to the merits of any underlying dispute between the beneficiary and its contractor.”

The Court of Appeal judgments in both cases serve to confirm two significant matters regarding performance securities.

Foremost, that the threshold for “fraud” is a high one. It is not sufficient to show that a beneficiary was claiming more than it was actually entitled to, or that it had no entitlement to make a claim under a performance security.

It needs to be clearly demonstrated, that the beneficiary either knew it had no entitlement, or was recklessly indifferent as to whether it had an entitlement.

Moreover, it confirms the value of “on demand” performance securities familiar to most readers with major project experience. That demands on them usually cannot be prevented, or halted, if there is a genuine dispute over whether the beneficiary is entitled to the sums it seeks to recoup through calling on the security. The question of “who owes what to whom” is to be resolved in court or arbitration, between the employer and the contractor. But it does not usually hold up the conversion of a security in the meantime. The security is treated as being “as good as cash”.

This article was co-written with Claire King, a partner in Fenwick Elliott