At last this government has promised big sums for infrastructure but, says Stephen Beechey, opportunities will be missed if it can’t trust those at a local level to make any spending decisions 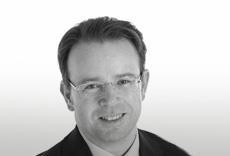 Investing in Britain’s Future is the grand attempt by Danny Alexander, chief secretary to the Treasury, to revive the government’s flagging infrastructure strategy. Much of the initial excitement was generated by the news that the government’s UK Guarantees scheme will be extended, but for me education could well emerge as the real winner. The report is clear proof of the government’s commitment
to providing a solid platform for investment but what of the detail? How, if at all, will privately-funded mechanisms operate to attract the widest range of potential investors?

The £21bn committed to address the shortage of school places, the maintenance of existing schools, and investment in the Priority Schools Building Programme, could prove to be what the industry has been waiting for. Crucially, it acknowledges that a lack of school places is likely to cause significant problems for the country’s economic competitiveness over the coming decades. Bringing forward the completion of around 150 schools to 2017 is an ambitious target, and one that underlines the good intentions of the Treasury in putting its money where its mouth is as far as capital funding is concerned. But can the commitment live up to the promise? And, if so, what about the short- and medium-term projects that won’t necessarily benefit?

Bringing forward the completion of around 150 schools to 2017 is an ambitious target, and underlines the good intentions of the Treasury

As has happened in recent years, dozens of shovel-ready projects are in desperate need of short-term capital and, as a result, don’t stand to gain from the announcements. The President Kennedy School in Coventry is a case in point. A preferred bidder was only weeks away from being appointed when the Building Schools for the Future (BSF) programme was cancelled. Countless other BSF projects, social housing and healthcare schemes could similarly be resuscitated with relative ease. Making finance available for projects that don’t necessarily grab the headlines, but are the lifeblood of the UK’s infrastructure pipeline, needs to become a priority between now and the start of that 2014/15 threshold.

Project finance is the elephant in the room. One aspect of the report that surprised me is the lack of clarity over the future of existing PFI and future PF2 contracts. According to the report, a “control total” will be introduced for “commitments arising off balance sheet” for PF2 contracts, and this total is expected to include “the existing stock of PFI contracts, as well as new PF2 contracts signed”. In essence, this will limit the payments under both sets of contracts at £70bn but unfortunately the wording of the report is far from clear and exactly how much headroom exists is uncertain. It will include an annual review of performance across the board to assess progress. In the context of education, PF2 is an innovative attempt to attract a range of investors and surely there’s a case to be made for a wider roll out.

Project finance is the elephant in the room. One aspect that surprised me is the lack of clarity over the future of existing PFI and future PF2 contracts

While the additional capital funding made available by the report is potentially a fantastic development, when it comes to supporting innovation to attract investors, the report was lacking in adventure. Tax Increment Finance (TIF) was curiously absent, a move that further entrenches the appetite for central government finance over locally available solutions. Without providing the conditions for locally-led investment, a potential avenue for bespoke solutions will remain closed. A strong and well-equipped regional authority structure can help to address this problem.

Despite Lord Heseltine’s call for £49bn of funding for a single pot of regional funding, the decision to commit just £2bn a year to 39 Local Enterprise Partnerships illustrates the need for Whitehall to devolve its control of funding, and trust councils to provide local solutions to local problems. Funding for social infrastructure doesn’t necessarily need to be drawn from any one source - innovation can come from unexplored options that have been battle-tested elsewhere but which are under-used in a UK context. “Green” funding for environmental projects are an interesting option and I believe it is worth exploring to see if models which appear to be working in continental Europe can be transplanted to the UK.

The publication of the report is a welcome move, although it needs to live up to its promise. Short- and medium-term projects that are shovel-ready remain under-supported and this needs to be addressed over the course of the next year. A determined infrastructure strategy demands an approach that combines the best of long-term thinking with the best in creative funding solutions. Let’s ensure that these hopes for the future are realised - the future of the UK’s infrastructure demands it.