Time to reinvent the suburbs

As city centres lose their lure, suburbia may need to adapt to a more rich mix of needs, says Lendlease’s Selina Mason 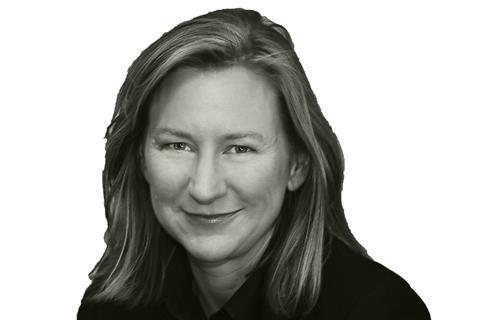 Cities are made by transactions; they have been built over centuries on multiple transactions and exchanges that ripple out from one person or trader to the next. Clearly anything that inhibits this selling and buying will have a profound effect on those places.

I think of all those small transactions I would have made during my working day, the dry cleaning, the sandwich, the coffee, a stop off at the grocer on the way home, all these and the thousands like them are all gone.

As we come to terms with the probable extension of the lock-down, at least for those who can work at home, I am left wondering if we may be facing a transformation in the way our cities work, particularly as businesses have now seen the effectiveness of digital communication and have begun to question the need for such large city centre offices.

Perhaps there might be a return to business life that would have characterised the mediaeval city; a version of living above the shop and a network of more local transactions. This may start to suggest a rebalancing between the city centre and the suburbs.

The only problem of course is that the suburbs have been created around a twentieth century model of the daily commute into town, so they do not have the rich mix necessary to support this change. For local policy makers there may have to be a more forceful focus on how our suburban centres can support this more dispersed pattern of working life. Already densification and intensification have proven difficult and challenging.

Only a few months ago there seemed no way that the car dominated culture in the city could possibly change; the change of heart by the authorities is a staggering adjustment

As my colleagues in Milan enjoy the relaxation of the lockdown, they have been excited to report that many of the interventions on the streets to create more space for cyclists and pedestrians during the lockdown are being extended rather than removed. There is a strong desire to use the crisis as a means of transforming life in the city and resetting the balance between the private car and the public good. Only a few months ago there seemed no way that the car dominated culture in the city could possibly change; the change of heart by the authorities is a staggering adjustment.

So perhaps there is the chance that the public has become impatient for change and we will use this appalling situation as a way of revaluating how we live particularly given the even greater challenge confronting us. Before covid-19, the climate crisis was at last focusing our minds on how we can adjust our behaviour to change for the better, and we can now see what the transition to a lower carbon economy now may look like in terms of consumption.

Estimates in the US suggest that emissions there could drop by 7% this year. Across the globe, estimates put the likely drop to be around 4%, a lot less than the 7.6% a year that the UN says is needed to limit global warming to the 1.5C required to avoid the worst impact of climate change. So even the unprecedented reduction in economic activity that we are all witnessing is not equal to the reduction in carbon that we need to achieve the target set by the Paris Agreement and address the climate crisis.

Clearly there has to be a better way of achieving these targets than at the expense of tens of millions of people out of work. Society is experiencing the pandemic in different ways. Covid-19 has cast sharp light on the inequalities in our society that has emerged over the last decades, both in terms of the ability to withstand the effects of the shut-down and the likelihood of becoming a victim of the disease. It is becoming clear that the poor are bearing the brunt of this crisis. News emerged that people in deprived areas in the UK are dying at double the rate of those who live in affluent areas, and the FT reported that younger workers and women are the hardest hit by furloughing and job losses.

The health and wealth divide is plainly in sight and we can no longer avoid the fact that they are intimately connected. And it is clear that the correlation is for society as much as it is for individuals. This seems to me to be the most striking lesson, the economy stutters to a halt without a confident healthy public and it is not surprising that the discussions around reopening are focusing on how to reassure a nervous population made fearful of contracting a disease with no known cure.

So, the reset that is needed to systematically address climate change must also tackle our structural issues with poverty and ill health. Alongside changes to our energy infrastructure and investment in green technologies we must also look to more equitable outcomes.  It seems to me that this is a crisis that will probably accelerate trends that were already at play.  For masterplanning there has to be further emphasis on creating places that support health and wellbeing and unlock economic opportunity rather than inhibit it. And fundamentally we need to facilitate a connected community, whether in the suburbs or the city centre.