The president elect has threatened to impose punitive tariffs on foreign goods, and that could have a huge economic impact worldwide 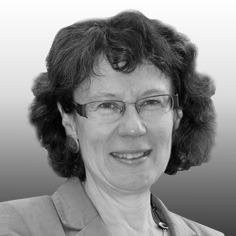 2016 appears to be the year of political decisions that alter the fabric of the major markets we all work in.

The US is the second largest export market after Europe for the UK, so the political changes in 2016 are going to lead to new ways of both exporting and working globally.

President elect Trump has made it very clear that he will be seeking to boost American jobs and I can see that this will lead to greater protectionism - though this appears to be aimed more squarely at China than the UK or Europe.

That said, the way the RLB Global practice serves local markets with mainly local staff, backed by international expertise means that this is unlikely to have any major impact on us in the short term.

The US is also a key investor in the UK and Theresa May has already signalled that she wants to maintain a strong commercial partnership with the US, so I would be surprised if we see a significant changes in US-UK investment patterns.

Trump’s ticket was to create jobs through investment in manufacturing and infrastructure in the US and I believe it is also likely that we will see an increase in US military spending. RLB North America already works in all of these sectors and so if these plans are followed through that will be positive for business.

From an overall global business perspective I think that the major effect will be on investor confidence and currencies - which we are already seeing.

The key area to watch will be how Asia reacts - particularly if Trump follows through with his threat to put punitive import tariffs on Chinese goods. That could tip the balance on the recovery in China following the Chinese stock market crisis earlier this year, and if that happens then the whole global economy will be affected.