UK guarantees: a boost for the industry?

The UK Guarantees scheme was supposed to provide a much needed boost for the industry, but it will not benefit the small-scale projects that need funding the most 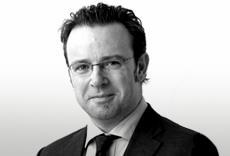 When George Osborne proudly announced at the end of July that Britain’s credit worthiness could absorb the risks of greater institutional investment, his confidence was applauded
in some quarters. In reality, the new UK Guarantees scheme is unlikely to prove more than a short-term helping hand to a small number of projects, while the economy continues to suffer from a lack of real investment in construction.

Underwriting £40bn of loans to major infrastructure projects is, of course, a welcome boost to the industry at a time when the latest figures show a 10% fall in construction output. Yet the Treasury’s stance on infrastructure investment demonstrates that the industry’s compelling messages about the importance of construction to the economy are just not hitting home. More troublingly, the announcement serves as a reminder that the structure of a successor to PFI remains frustratingly unclear, with no clear indication about when we can move on from the confusion that now dogs the funding community.

Support for “nationally significant” projects like the Thames Tunnel and the Mersey Gateway toll bridge is headline grabbing and there is no doubt that some will benefit
from the initiative. But large-scale, vital infrastructure projects rarely suffer from a lack of funding. It is the smaller-scale, but nevertheless necessary projects urgently in need of finance that are struggling to get off the ground.

What about shovel-ready projects, not classed as “nationally significant” that have slipped through the cracks? I can think of at least 20 ambitious schemes across the country, all essential local projects, that have hit the painful barrier of non-existent funding and UK Guarantees will be of no help to them.

In addition, neglecting to provide proper support for the housing market - excluding a single “blink and you’ll miss it” mention in the press release - when the National House-Building Council has just published figures which show that social housing starts in June were down 70% compared with the same month last year, is unforgivable. True, there was some provision for smaller projects. Tucked behind the bigger announcement, was a commitment to provide £6bn of short-term loans for up to 30 public-private partnership schemes in education, health, transport and (briefly mentioned) housing. But the temporary availability of these loans, and the fact that the recipients have to start work within 12 months, once again highlights the short-term nature of the government’s commitment to construction. This again is a knee-jerk policy, not a long-term sustainable plan.

We only need to look at the ill-fated Treasury Infrastructure Finance Unit (TIFU) - or “Treasury bank” - set up under the previous government to temporarily reactivate the lending market for private finance projects after the Lehman Brothers crash, to see where similar schemes like this have faltered in the past. TIFU succeeded in kick-starting just a single project, although, arguably, it did lead to some confidence being restored to the market. But it was not the silver bullet the government of the time had hoped it to be.

I would argue that UK Guarantees is likely to follow in the same vein, unless it acts as the cornerstone of a wider effort to restore industry confidence. However, to do so it needs to offer greater clarity to potential applicants. Details on the assessment process remain vague, and the interest rates at which the government will be lending need to be made clearer.

Labelling these measures as an “exceptional response to market conditions” speaks volumes about the government’s unwillingness to make UK Guarantees a foundation for the long-term financing of public infrastructure. If the Treasury is serious about jump-starting Britain’s flagging economy, it needs to recognise the real value of the construction industry and the associated businesses in the supply chain. We need initiatives to encourage investment in smaller projects, as well as the nationally significant ones. And we need initiatives that bring about new schemes - not just ones that mop up those that have stalled in the pipeline. Crucially, we need a successor to PFI that restores confidence among private investors.
With the summer recess now in full swing and no scheduled date for an announcement on PFI, it’s hard not to view UK Guarantees as a concession rather than a solution.