Host of major energy schemes in line for state backing

Treasury says 40 projects worth £33bn have prequalified for a UK Guarantee, with over half the eligible schemes energy projects 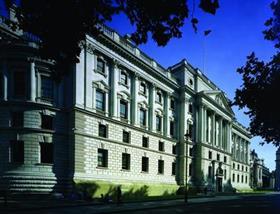 A host of energy, road and rail projects worth £33bn are in line to receive state backing through the government’s infrastructure guarantees scheme.

Chief secretary to the Treasury Danny Alexander said this week that 40 projects had now pre-qualified to be underwritten by the government through the £40bn UK Guarantees scheme, with over half of those eligible schemes energy projects.

Of the 40 eligible projects 15 have been named by the Treasury (see box below).

The Treasury said that while further discussions, assessment and due diligence on the schemes still needed to be carried out, the projects were in line to secure government agreement to act as a guarantor, giving private lenders confidence that they will get their money back if the project cannot pay.

Alexander said: “Having passed the first hurdle these companies know the government is there to help if they need it. I hope today’s announcement will encourage even more businesses to consider how they can take advantage of a guarantee.”

Nick Prior, head of infrastructure at Deloitte, said the guarantees schemes was “driving forward infrastructure projects that would not otherwise receive funding, particularly much-needed investment in energy infrastructure”.

But he added: “The guarantees scheme is due to expire in 2015, which could create issues for projects coming through after this deadline.

“Debt markets will be expecting large and complex infrastructure to come with a guarantee. “When they are no longer available, a mechanism will need to be put in place to accommodate this transition.”

Projects in line for UK Guarantee

The Treasury said 15 of the newly prequalified projects had agreed to be named:

A further three schemes have already been announced as qualifying for a guarantee:

While one project has received a guarantee: