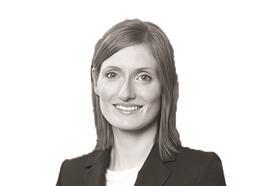 Covid-19 has had a profound effect on construction and infrastructure projects across the globe. That said, many projects have proved resilient through the pandemic, despite a challenging backdrop of economic uncertainty, changing guidance and labour and resource shortages. While we are yet to understand the full impact, it is likely that these challenges will increase the number of construction disputes arising going forwards.

Dispute boards could offer an effective means of managing the resolution of construction disputes, particularly on complex international projects. In recent years, the use of dispute boards has become increasingly widespread, as a quicker route to the resolution of disputes during live projects, either as an interim or a final solution, allowing parties to concentrate of the completion of the project.

A history of dispute boards

The use of dispute boards on an international level took off in the 1990s, as both the World Bank and FIDIC started to adopt them. Data collected by the Dispute Resolution Board Foundation shows approximately 2,800 projects using dispute boards internationally between 1982 and 2017. The data also shows a geographical shift from the US (which dominated in the 1980s) to an increasingly broad international application. Notable project examples include Hong Kong Airport, the Channel Tunnel, and the Panama Canal’s third set of locks.

Common to all boards is the speed with which they must act – an attractive proposition compared with the prospect of international arbitration or litigation, which can take years

Dispute boards can be shaped by parties via the contract into a form that best supports the needs of their project. This includes choosing the number of board members; identifying the qualifications and experience of members; and deciding whether the board is ad hoc (only constituted when needed) or standing (put in place from the outset).

Parties may opt for a standing board to allow members to get to know the project and its issues over time, so that should a dispute arise, the board can use this knowledge to reach a rapid resolution. In addition, regular visits from the board may encourage parties to raise points of concern before they escalate to a dispute and so enable them to seek non-binding recommendations from the board. This could substantially reduce the number or scope of disputes requiring third-party adjudication.

Common to all boards is the speed with which they must act – an attractive proposition compared with the prospect of international arbitration or litigation, which can take years to reach a conclusion. For example, under FIDIC terms dispute resolution (from reference to decision) must be no longer than 84 days. For big, complex engineering projects that may last several years, having this time restriction to resolve points of contention helps parties to move on and focus on completing the project.

Due to the statutory adjudication scheme in the UK, dispute boards are less common here than in other countries. Nevertheless, they are still being used, particularly for larger, complex projects and it is possible to draft (or adapt from a standard form) dispute board provisions in adherence to the UK legislation.

A dispute board decision is binding on the parties on an interim basis. However, this does not prevent parties dissatisfied with the outcome from having a more comprehensive hearing in the final form of dispute resolution outlined in their contract (such as litigation or arbitration).

The enforceability of dispute board decisions is now widely accepted, although historically there has been considerable debate on this

The enforceability of dispute board decisions is now widely accepted, although historically there has been considerable debate on this, resulting from the varying ways in which courts and tribunals have treated enforcement applications internationally. Similar to statutory adjudication, the tribunal or court can issue an award on a party’s failure to comply with a decision without rehearing the dispute, and the parties’ right to arbitration or litigation in future remains unaffected. However, the historic debate and comparative lack of published authorities can still sometimes lead to enforcement difficulties.

Recent changes to two sets of standard form contracts may help us understand future trends around the use of dispute boards.

Three years ago, FIDIC updated its Rainbow Suite of Contracts. Among several important revisions, FIDIC now mandates the appointment of a standing dispute board, suggesting that FIDIC’s drafting committee believe a standing board to be more effective than an ad hoc one. A number of multi-lateral development banks have since announced the adoption of FIDIC’s 2017 contracts on the projects that they fund.

Similarly, NEC’s latest forms of contract (NEC 4) now contain a dispute board option. Already the UK’s most popular form of engineering contract, NEC is increasingly being used abroad. This new option is NEC’s acknowledgment of both the growth in use of dispute boards and the importance of providing for them in contracts to accommodate the global market.

With increased use and greater public reporting wherever possible, the body of law and practice around dispute boards will continue to flourish. Overall, the use of dispute boards looks set to continue to develop on a global scale.

Rebecca Shorter is a partner specialising in construction disputes at White & Case.