Vigilance at all times: When to give notice to the insurer 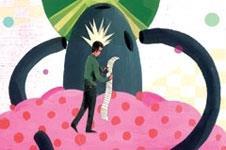 Insuring your building against design risks is one thing, but as the Kajima case shows, deciding when to give notice to the insurer – and what to claim – is quite another

The recently reported decision of Kajima UK Engineering vs Underwriter Insurance Company (delivered on 25 January 2008) spells out a clear message that contractors would be foolish to ignore. It deals with the procurement of professional indemnity insurance for design risks. But there is no purpose in obtaining such insurance if the contractors and their advisers do not comply with the policy requirements.

Recently it has been relatively easy for contractors to procure PI insurance in respect of their design risks. A lower premium, however, should not diminish any vigilance relating to compliance with the policy conditions. PI policies are underwritten on a “claims-made” basis. This means that the insured party will need to give notice of a claim promptly and also give notice of “circumstances” which might produce a claim. As long as these circumstances are notified within the period of insurance then, even if a claim is made subsequently outside the period, the insurers will still be responsible to indemnify the claim since it relates to the earlier period in which the circumstances were notified. In other words the claim is backdated to the date of notification of the circumstances.

There are dangers. Frequently a building’s defects will not be immediately apparent and the full extent may only be identified once there has been an investigation. The policy would in any event indemnify design risks only. It then becomes an issue of deciding when the notice should be given under the policy. To delay until matters are more clearly identified invites criticism from underwriters that the claim notification has been given late.

The insured will encounter problems, however, if the defects that are discovered during these more detailed investigations do not accord with the subject matter of its earlier claim to its insurers. There has to be a relationship between these defects and the notified circumstances before an insurer will consider that the correct notice has been given and the claim should be the subject of an indemnity under the policy. This may not be such an issue for insurers if they have continued to insure the same risk for the following years as well.

Such events took place in the Kajima case.

There had been a written notification by Kajima to the underwriter on 22 February 2001. This stated that the “accommodation pods were settling and moving excessively causing adjoining roofing and balconies and walkways to distort and differential settlement”. The underwriter provided PI insurance to Kajima for the period 20 May 2000 to 19 May 2002. However, on 19 May 2002 the underwriter ceased underwriting, and its responsibilities related only to claims and circumstances previously notified. From 19 May onwards Kajima was compelled to obtain PI insurance cover from other underwriters.

The insured will encounter problems if the defects which are discovered during investigations do not accord with the subject matter of its earlier claim to its insurers.

The problems with the building proved to be far more significant than first thought. There were fears of a disproportionate collapse of the building owing to poor design, the windloading had been underestimated and there were concerns that the gas pipework had not been adequately protected. There was also a problem of lateral stability and these defects, along with others, meant that the building could not be economically repaired. Some of the defects were in the physical area of those matters specified but others were not, and some were not of the same type as those previously notified. Accordingly, Kajima agreed to buy the property back for the sum of £4.75m.

Although Kajima had commenced separate proceedings against a number of other defendants that it considered to be responsible for the design defects, it nonetheless sought a decision from the court as to the liabilities, if any, of the underwriter to insure it against these losses.

The court concluded that any loss for defects or damage that fell outside of the February 2001 notification were not covered and to the extent that the defects were different from those subject of the notice, then the underwriter was not liable. The court said insurers needed to have the certainty of knowing what their liabilities were so they may could make the appropriate provisions for their reserves.

The fact that there was a historical continuing process of investigation by the various consultants was not sufficient to bring the active defects within the scope of the original notification.

This decision demonstrates the importance of despatching notices of claims or circumstances that could give rise to claims on an continuing basis. It is a fundamental mistake to believe that one claim is sufficient for all design defects unless they are all specifically referred to. Thus the message is: be vigilant at all times.

Jeff Brown is a partner at Hammonds