Walter Lilly vs Mackay: A question of timing 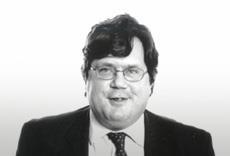 I suspect Shakespeare himself would have been hard-pressed to pen a drama quite so bitter and disproportionate as that which Mr Justice Akenhead relates in his 100-plus page judgment in Walter Lilly vs Giles Mackay. The story starts with a wealthy individual’s quest to build the perfect home for his family and somehow descends into what can only be described as an unseemly brawl. It went through the courts costing,
it is understood, approximately £9m for the cast of thousands involved. It has to rank as a tragedy.

I am not going to attempt to tell the whole story. For that, I commend the first dozen or so pages of the judgment in which the judge does just that with considerable insight and sensitivity. When all the dust has settled, what this case will really be remembered for is a hugely important decision demystifying and resolving some of the crunchiest old chestnuts known to construction law.

Although the house has lots of exotic features and cost a fortune, the actual facts of the case could hardly be more straightforward. Walter Lilly was engaged as main contractor on a traditional-style JCT contract to build a five-storey house for a tender price of approximately £5.3m.

There was a fixed completion date with the usual machinery for extending time in the event of “employer risk events” causing delay and substantial liquidated damages for any overrun for which the contractor was responsible.

There was a substantial time overrun and Mackay duly deducted liquidated damages from what was payable to the contractor. In the proceedings, the judge had to unscramble responsibility for the delay in a situation where it was clear that there were both “employer risk” and “contractor risk” events concurrently contributing to the overall delay.

People have been exercising their brains over what happens in concurrency situations since I was in my proverbial legal nappies, indeed long before. I recall writing at the time about Henry Boot vs Malmaison, a case I was involved in that had, in many people’s eyes, at last provided the perfect formula for addressing concurrent delay.

Essentially, that solution involved the contractor getting an extension of time for the relevant period of delay, notwithstanding the fact that for some reason of his own making he would in any event have been unable to progress the work in that period. Conversely, when you look at money as opposed to time, the contractor should not be able to recover his time-related costs for that period.

Anyone who thought that case had solved the problem once and for all had another thing coming. Yes, the judge’s words were plainly obiter dicta. Yes, it was an essentially pragmatic decision and it is undoubtedly the case that the example the judge used - of two parallel delays right at the beginning of the job - was hardly typical of the scenarios in which the problem usually arises. Nevertheless, for about 10 years Malmaison was generally accepted as the best indicator of how concurrency should be treated.

Then, in 2008, along came the decision of the appeal court in Scotland in City Inn vs Shepherd Construction, which provided a completely different approach to dealing with concurrency, namely the apportionment of the relevant delay period between the factors causing the delay. Clearly, in most cases, that approach promised much less favourable treatment for the contractor than if Malmaison had applied.

Since then, there has been considerable uncertainty about the proper treatment of concurrency and in particular to what extent City Inn had changed the law in England, Wales and Northern Ireland. It is therefore to be welcomed that at last we have an unequivocal statement of the principles that do apply in this difficult area and how to apply them in practice.

The judge unreservedly endorsed the Malmaison approach as being consistent with the principles underpinning earlier authorities. In practice, the test is very simple: the contractor should always get an extension to the completion date reflecting the actual impact of an “employer-risk event” on the original contract period and any parallel delay for which the contractor is responsible is to be ignored in the process. City Inn and apportionment are confined in their application to Scotland.

Space does not permit me to deal with the other important aspects of the decision. It is something of a shame that it has cost Mr Mackay so very much to clarify these areas of the law for all our benefits. But then, in the words of the great Bard, ill blows the wind that profits nobody!