We need a budget for skills, investment and ESG

There is much the chancellor can do on Wednesday to boost our sector, let’s hope he commits 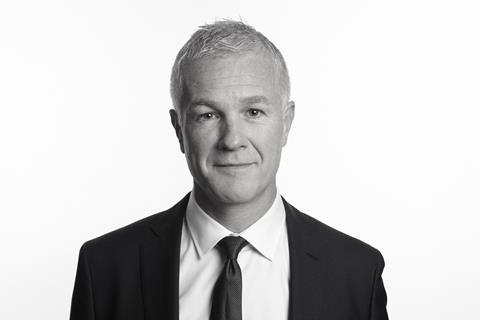 After a challenging 12 months for construction with the uncertainty around a Brexit deal affecting investors’ confidence and the impact of covid-19, all eyes are turning to the chancellor’s budget on 3 March.

Confidence in the sector is still fragile, as evidenced by the latest official construction output figures which showed a 2.9% fall in output in December, the first decline in monthly growth since April 2020.

So what does the industry want to see Sunak prioritise on Wednesday?

Talking to clients, the skills shortage is one of the most pressing issues. According to government figures published this month, there were just 8,200 new apprenticeships in construction between August and October this year, the first quarter of the 2020/21 academic year. That’s 3,500 fewer than the corresponding period in the 2019/20 academic year – a fall of 30%.

In the meantime, droves of skilled foreign workers have left the UK – a consequence of Brexit and the pandemic. In the last couple of years, over 60,000 bricklayers, builders and carpenters alone have quit their jobs in London, according to figures published by the Construction Products Association (CPA). Much of this has been down to an exodus of skilled foreign labour: since the third quarter of 2018, the London construction industry has seen the number of EU-born workers fall from 115,000 to 53,000 – a decrease of 54%.

> Free today: CLC webinar on sector priorities for the budget

Also read: Will the chancellor see construction as a special case?

Both these are contributing to a perfect storm – falling numbers of skilled workers without the requisite number of apprentices coming through to replace them. The government should scrap the tariff system on apprentices and instead be offering business incentives to take youngsters on.

On housing, an extension to the stamp duty holiday would be welcomed. The current scheme triggered a wave of confidence in housebuilding. The reason for construction’s recovery over the months prior to the fall in output in December was due in no small part to a strongly performing housing sector. But the imminent end of the stamp duty holiday could see a reverse, especially when today’s figures show that private new housing work already fell by 3% in December.

The chancellor should also consider investing more in the Building Safety Fund to replace dangerous cladding. Although an extra £3.5bn has recently been announced, the consensus is that this is nowhere near enough to cover the extent of the number of buildings affected. Repair and maintenance contracts such as these will also serve to provide construction firms with much needed work if the number of new private contracts continue to remain at lower levels.

The chancellor also needs to encourage initiatives that are ESG focused. A particular emphasis on encouraging initiatives that spur the industry towards a carbon net-zero future is not only the right thing to do but would also make a powerful statement to the international community about the UK’s willingness to lead the fight against climate change ahead of COP26 in November. For example, while the majority of public sector construction contracts require evidence that the project will be beneficial to the community, the chancellor could go further require developers to certify that all new projects are not only sustainable, but deliver tangible benefits to the community where the project will be built. The chancellor should also consider scrapping VAT on green services (e.g. retrofit works) to not only incentivise companies and individuals to ‘green’ existing buildings but to boost maintenance work for construction firms.

Boris Johnson has made clear that ‘building back better’ is key to the economy rebounding after a terrible year – let’s see if that translates into a firm commitment to construction.