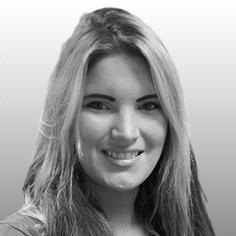 On 11 May 2004, a factory in Glasgow owned by ICL Plastics Limited (“ICL”) exploded causing significant damage to an adjacent shop owned by Mr David Morrison (“Morrison”).

When Morrison sued ICL for damages for the losses it had suffered, ICL defended the claim on the basis that any obligation owed by ICL to make reparation to Morrison had prescribed before the proceedings began. Under section 6 of the Prescription and Limitation (Scotland) Act 1973 (the “1973 Act”), an obligation to make reparation is extinguished through the operation of prescription if a claim is not made (raised) within five years. If a claim is not made on time the right to make that claim is lost entirely.

In Scotland, the relevant prescriptive period is five years, by virtue of section 6(1) of the 1973 Act.

At first instance, ICL was successful in their defence in which they argued that Morrison must have known the explosion was caused by a breach of duty. This was the natural conclusion to draw from the circumstances of the explosion.

Morrison appealed to the Inner House and ICL was granted permission to appeal to the Supreme Court on the interpretation of section 11(3) of the 1973 Act.

The issues for the court to consider here were:

(i) Whether the interpretation of section 11(3) of the 1973 Act in previous authorities should be followed; and
(ii) How much a potential pursuer (or claiming party) needs to know, actually or constructively, in order for the five year prescriptive period to start running against him in a claim for damages.

The court held that:

This decision of the Supreme Court is very significant for those involved in dispute resolution in Scotland and both Lord Reed and Lord Hodge in their judgements were conscious that this change in the law may result in some pursuers finding that their right to bring claims has now unexpectedly been lost.

In any case where the loss or damage is not latent, the 5 year prescriptive period will begin to run as soon as the damage is suffered. It does not matter whether the pursuer knew or ought to have known that the damage was due to negligence. A strict five year period now applies.

Investigations necessary to establish the cause of a particular loss will no longer be capable of postponing the start of the 5 year period. Instead, those inquiries to identify the correct defender and develop a case against him on liability and causation will have to be carried out within that five year period.

Both Lord Reed and Lord Hodge called for reform of the law in line with proposals set out in a Scottish Law Commission report dating back to 1989.

It was suggested by Lord Reed that the prescriptive period should not start to run until there is knowledge that the damage was caused by an act or omission. This reflects the approach to interpretation favoured by Lord Hodge in his dissenting judgment (which, interestingly, is not the approach adopted in previous decisions which all required knowledge of an act neglect or default).

Lord Reed also suggested that logically the period should also be postponed until the pursuer is aware of the identity of the person who caused the loss. How or if these comments will be developed into law remains to be seen.