Despite decades of changes to planning law, the number of homes we’re building has barely increased. Does the Housing and Planning Bill hold out the hope that this time things will be different? 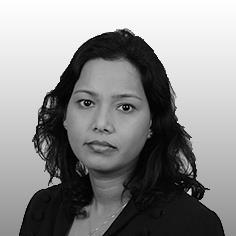 200,000 new homes has been the magic number for annual housing delivery for successive governments - many will recall similar pledges made by then deputy prime minister John Prescott at the beginning of the millennium. Each time a government focuses on the need to increase the housing supply, the planning system bears the brunt of the changes. Such is the case with the most recent housing “crusade” promised by the government and its pledge of 200,000 starter homes.

It has long been the complaint of housebuilders that the planning system is costly and riddled with delays hampering housing delivery. The coalition government introduced changes to the planning regime during the last parliament and were responsible for the introduction of the Localism Act under which local neighbourhood plans were introduced and communities encouraged to participate in local development orders and community rights to build. Most significantly of course the community infrastructure levy was introduced to deal with the age-old complaint that entering into section 106 agreements caused delay; and the National Planning Policy Framework was brought in to enable the government to affect planning policy in a much more immediate way.

Despite decades of persistent changes to planning legislation, the number of houses built has not increased in any significant way. The Lyons Review last year found that over the past decade the UK has delivered an average of 137,000 houses a year against a need for 243,000 houses. Employers in London and the South-east have raised concerns that the increase in house prices is making London unaffordable and unattractive for employees which will affect London’s and the UK’s competitiveness on the global stage.

The latest changes intended to boost housing supply come in the form of the Housing and Planning Bill and comprise the following main proposals:

The requirement to prepare and maintain a brownfield register will take some time for under resourced local authorities to produce. The government has indicated that automatic planning permission will be granted in respect of land identified on the brownfield register, development plan document and neighbourhood plans. The automatic permission will simply be the equivalent of an outline and further details will need to be obtained. It appears likely that such consents will be limited to minor housing developments (of fewer than 10 units). There will inevitably be a delay while these registers are prepared and development orders published and consulted on. However, it is likely that such consents will have a greater impact in small towns and villages where the greatest potential for development are on small pockets of land.

The most significant effect of the changes proposed is likely to be a reduction in the number of houses built by registered providers of more traditional affordable housing. In the short term it is likely that the windfall that housebuilders will receive in the form of starter homes (in place of traditional affordable housing) should see many more permissions being developed out while these benefits are available.

Jay Das is head of planning at Wedlake Bell