With affordable homes becoming unaffordable, McBains surveyed 100 housebuilders on theie views of the future. The responses were less than inspiring… 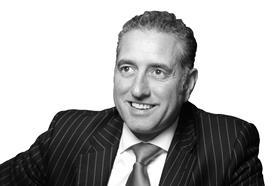 There’s no doubting the seriousness of the housing shortage. Availability of social housing, in particular, has declined significantly over the last two decades. According to the latest Department for Communities and Local Government statistics, local authorities in England owned 1.61 million dwellings in 2016 – a fall of more than 50% since 1994 when the number stood at 3.67 million.

Affordable homes, too, are becoming out of reach for the vast majority of aspiring homeowners. The most recent government figures show that numbers of affordable new builds (and affordable housing providers’ acquisitions of private housing) are also falling. Although the overall figure was up in 2016/17 (41,530) compared to 2015/16 (32,630), numbers have fluctuated wildly over the last decade – including a 24-year low in 2015/16. And in terms of affordable home ownership specifically, this has fallen even more dramatically: just 2,060 in 2016/17 compared to 22,900 in 2008/09.

That’s why McBains decided to survey more than 400 housebuilders (including 100 in London) to see if the situation was likely to improve.

Streamlining the planning system to help developments get off the ground quicker, requiring local authorities to have up-to-date local strategic plans – especially on social housing provision – and less red tape is what needs to be examined to give a much-needed boost to construction.

Housebuilders were also asked about the number of affordable homes they expect to build over the next 12 months under Section 106 legislation. (Section 106 is intended to guarantee that developers provide a certain proportion of affordable housing in developments of more than 10 homes: normally this is intended to range from 35% to as much as 50% depending on the local authority in question, but often it is less than this in practice).

Respondents expect just 20% of the homes they would be contracted to build to be classed as affordable homes. In London – again, where the shortage of affordable homes is most acute – it was just 19%. In short, more homes in London will be built but fewer will be affordable.

Our survey suggests that local authorities are not commissioning social housing in anywhere near the numbers needed to meet demand. It means those most in need of housing will find it harder than ever to find accommodation within their budget.

Last month, a report by the Local Government Association (LGA) claimed more than 423,000 homes have been given planning permission but are still waiting to be built – the backlog growing, the LGA said, by 16 per cent in the last year.

The LGA, in its report, pointed the finger at developers in terms of them taking longer to build new homes. But, as the Home Builders Federation (HBF) has pointed out, the figures of 423,000 waiting to be built are overly simplistic: the majority of the permissions cited were either from developments which were under way, or were not full permissions.

Indeed, developers are frequently accused of stifling the construction of new homes by ‘landbanking’ – sitting on land so that site values increase. But more often the reason is that the protracted end-to-end planning permission can stretch on for months – years, in some cases – while the developer has already invested heavily in the project. As the HBF has argued, the fact more applications are being submitted is evidence that builders want to build.

Lengthy delays are not good for the developer, and clearly unsatisfactory for those most in need of housing. Streamlining the planning system to help developments get off the ground quicker, requiring local authorities to have up-to-date local strategic plans – especially on social housing provision – and less red tape is what needs to be examined to give a much-needed boost to construction.