Will developers be left holding the political hot potato on planning reform?

The white paper’s proposals do little to address the real issues that cause planning delay and will only worsen local authorities’ lack of resources, says Julia Berry

The government’s proposals for planning reforms were set out in the planning white paper nearly a year ago amid a fanfare of publicity, with the prime minister referring to “radical reform unlike anything we have seen since the Second World War”. However, with a colossal 44,000 responses to the consultations, the government still appears to be mulling things over as we have heard very little since. 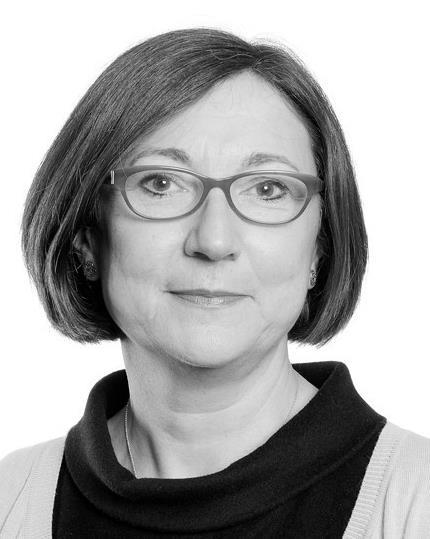 Could this be due to the high level of controversy that the proposals provoked, which may not have been entirely anticipated by the distinguished panel behind the white paper? Given the aim of the proposals was to speed up the planning process and housing delivery, this mute delay does not augur well, and there will be a lot of catching-up to do in order to achieve the white paper’s projection of “one million homes by the end of parliament”.

Many critics of the proposals have talked on the one hand about the various quick fixes that could be carried out painlessly and comparatively easily to improve the system without the need for legislation, such as shortening local plans and application documents. On the other hand, some critics have pointed to the need for further legislation to provide greater clarity in complex areas mired in conflicting case law, for example in the complex area of amending planning consents.

However, as far as we know, none of these issues will be addressed in the proposed Planning Bill. Instead, the government has set its sights on a major overhaul, but we still know very little of the detail that will be needed to make these big ideas work, and the Queen’s Speech did nothing to enlighten us in this regard.

Perhaps tellingly, localism was an approach that was heralded by the government as being integral to the planning system only a decade ago but which is not mentioned anywhere in the white paper

Some further flesh on the bones of the proposed reforms may have eased some of the concerns that have been voiced by the public and development industry professionals alike. One particular concern is the new nationwide infrastructure levy, which will replace the community infrastructure levy and was initially proposed to be centrally set. However, in a major U-turn, the government has decided to backtrack on implementing a nationally set levy. Instead, the system of locally set levies will continue, albeit in a potentially new guise. This volte face shows that criticism that the government’s proposals were at odds with its much vaunted localism concept has been taken on board. Perhaps tellingly, localism was an approach that was heralded by the government as being integral to the planning system only a decade ago but which is not mentioned anywhere in the white paper.

However, the proposal that has attracted the most criticism, so far at least, is the proposed zoning (the white paper purposefully avoided the use of the Z word, but that has not fooled anyone) of the country into “growth”, “renewal” and “protection” areas. This would further erode democratic accountability, but it appears to have been misunderstood. Boris Johnson thinks so at least, protesting after the recent Chesham and Amersham by-election that there has been some “wilful misunderstanding” about the planning reforms.

In “growth” areas, which will be set out in the local plan, automatic permission in principle is to be granted for development that falls into set parameters relating to use, height and density and in line with design codes and masterplans. There is no detail at all as to how these will be produced, but communities have been promised “effective input”. However, once the local plan is set, under the new proposals there will be no further democratic accountability and no chance to have a second bite at the cherry when it comes to objecting to schemes which residents do not like.

Following the U-turn on a nationally set infrastructure levy, it will be interesting to see if a further reversal is made regarding the ‘zoning’ proposals

This proposal has sent shockwaves of concern through the country, especially in previously safe Tory seats. However, the criticism from opponents to this reform such as former prime minister Theresa May, who warned it will create a “developers’ charter”, or Theresa Villiers, the former environment secretary, that it could do “grave harm to the environment”, is not correct as the green belt (and other protected areas) will fall within the “protection” zone, where permission in principle will not apply.

These “once in a generation” reforms did not go as far as to threaten the sacrosanct green belt – which would have been the only certain way the government would have achieved its goal of 300,000 new homes a year – but that would have been even more electorally toxic. However, with political pressure building, and following the U-turn the government has made on a nationally set infrastructure levy, it will be interesting to see if a further reversal is made regarding the “zoning” proposals.

The real problem is that the proposed reforms will erode localism to a damaging extent in a number of ways and shift power back to central government. Moreover, they do nothing to address many of the real issues that cause delay in the current planning system. In particular, local authorities’ lack of resources will only be exacerbated by the further demands which these reforms will impose. The government would be wise to listen to industry and local community concerns about other aspects of the bill to ensure that it is fully fit for purpose before looking to implement the proposals in full.

Julia Berry is a consultant solicitor at Reed Smith