A recent case has highlighted the role and significance of notices, which can get particularly complicated when there are funding and insolvency issues 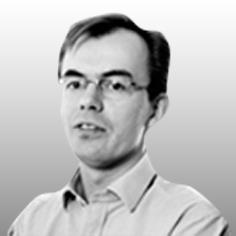 The case of Kilker Projects Ltd vs Purton (t/a Richwood Interiors) [2016] has attracted a lot of attention around the vexed issue of the role and significance of notices. It would be understandable to assume that we have arrived at a practical position that basically the amount is to be paid as a matter of cash flow but that a merits-based bite of the cherry can be had later.

All fine, but cash flow has its implications. What if you lose an adjudication on the notices point and have to pay money you don’t immediately have available? Or what if money is to be paid to a party unlikely to be able to repay it later? And what is the relationship between the Technology and Construction Court (TCC), which deals with enforcement of adjudication, and the insolvency courts, that deal with applications to wind up?

If a defendant party in an insolvency matter can show that a genuine and substantial cross claim exists that exceeds or equals the value of the debt sought, then the court will set aside a statutory demand (or other insolvency measure). In Shaw & Anor vs MFP Foundations and Pilings Ltd [2010] it was held that a bankruptcy petition issued on a debt owed by way of an adjudication award and/or the subsequent TCC order enforcing that adjudication award, could be set aside when the debtor had a counterclaim, set-off or cross demand relating to the debt. This was so even if the party had failed to argue its case at adjudication or had done so unsuccessfully. The notice provisions of the act/scheme did not fetter the court’s discretion to set aside petitions where a substantial and genuine cross claim existed.

Cash flow has its implications. What if you lose an adjudication on the notices point and have to pay money you don’t immediately have available?

The same principle was applied in R&S Fire and Security Services vs Fire Defence plc [2013] in a relation to a winding up petition against a company. This therefore is a pretty significant fetter on the impact of a no notices type adjudication award. The insolvency courts are not keen on winding up businesses unless convinced they really are insolvent. The picture becomes more complicated when one bears in mind that the insolvency courts have made it clear that they do not enter a detailed merits assessment of competing claims. They aim to look at things in a relatively summary manner: where there appears to be a genuine cross claim on substantial grounds (held to mean “real as opposed to frivolous”) the insolvency courts will decide to set aside a petition. The court only has to satisfy itself that there is a real dispute.

R&S Fire raises another issue. It concerned a debt which was subject to a payless notice, but that had not yet been adjudicated. The debt was held to be capable of being the proper subject of a winding up petition. If a party can issue a winding up petition prior to adjudication, then it can issue one once it has an adjudication award. As adjudication awards can be enforced in the insolvency courts, does this mean there is no point in going to the TCC to enforce, thus avoiding incurring the cost of enforcement at the TCC? The problem remains that if the defeated party has a genuine and substantive cross claim, such as in Kilker, the insolvency action will be open to challenge (and therefore the cost risk of losing a set aside application in the insolvency court process). Therefore, the decision whether to enforce at the TCC or go straight to insolvency proceedings depends largely on whether a cross-claim exists and/or if it seems to have enough merits to at least be capable of defeating an insolvency winding up process. If it does, an insolvency court may decide to stay any insolvency process pending a merits-based assessment.

Of course the TCC itself has wide powers in terms of staying enforcement. Jacques & Anor (t/a C&E Jacques Partnership) vs Ensign Contractors Ltd [2009] confirmed the Wimbledon case that the probable inability of a claimant to repay an adjudicator’s decision enforced by the court following a final resolution of the underlying dispute may be special circumstances, meaning it is appropriate to grant a stay. Given that the court has a discretion and the inability to repay may go only to part of the enforcement judgment sum, it is open to the court to impose a stay of execution in relation to part of that sum. In Jacques, evidence in the adjudication that remedial works had not been carried out by the employer because of shortage of funds came back to haunt them when the issue of a stay was considered.

Galliford Try vs Estura puts another spin on the possibility of a stay. In that case the paying party said the alleged over-payment they were ordered to make would put them under severe financial pressure. The award was only enforced for part only and the balance was stayed. The case concerned a no notices situation and a late and markedly increased payment application.

So, while no notice adjudications may have their place in terms of cash flow recovery, don’t assume the fact that a merits-based assessment can occur later will mean the award on a no notice claim will be enforced by the courts without question. If there are funding, insolvency or exaggeration issues, the court may look to do justice and stay the entire enforcement of a no notices claim and/or only order payment on terms.