Wrong side of the tracks 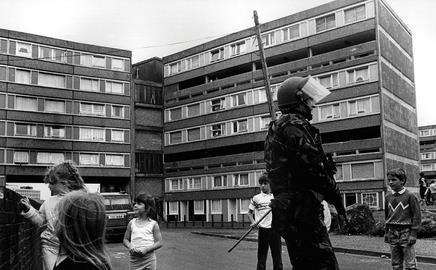 Regarding the description of the Divis flats in Belfast (1 November, page 40), I would like to record that “building blunder” is not the key factor leading to it being (rightly) labelled as “ramshackle”.

The same design of flats was used for a development at Tullycarnett on the other side of the city. These flats did breed pride and maintained a much better appearance than their contemporaries north of the Lagan. Certainly there were design shortcomings, but that applies to most things. If one looks a little bit more deeply it will be clear that, despite the best efforts of the Northern Ireland Housing Executive, the overriding reasons for the poor conditions at Divis were social. The flats were built at the centre of civil unrest. With fighting and murder going on around, it is a tribute to those that built it that it got finished at all.

To point out just two of the adverse social factors: first, at one stage during the construction period, a large number of tenants arrived unannounced. They were in effect squatters. They had been burned out or banished from their homes elsewhere and came to find shelter in unfinished flats. Despite this, the work continued, the flats got finished and the new arrivals were gradually absorbed as official tenants.

Next, of course, were the continuing troubles that made this, for long periods, a no-go area. This prevented the development of shops, pubs and other facilities essential for social wellbeing. Youth employment, schooling and many other aspects of ordinary life were affected.

Belfast was an unusual example of adverse social conditions, but in many other cities of the UK and elsewhere in Europe, unrest or the growth of unsocial activities – resulting from segregation or economic exclusion – can be seen as the reason for deterioration rather than building design. Design development is important, but perhaps more so is seeing that all populated areas are well managed. If only this were the case, we in construction would feel more at ease with what happens to the structures we have so lovingly put up.