Changes to the regulatory environment could lead to big savings in the water industry. But are companies ready to take advantage of the new regime? 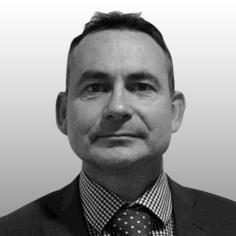 These are busy times for the water industry as we get ready for the sixth Asset Management Plan, AMP6. This is the five-year period from 2015 in which the water companies will deliver large capital programmes to meet targets agreed with the regulator Ofwat as part of the current price review process.

The sums involved are huge. While AMP6 still needs approval from Ofwat, it’s likely that the total expenditure on building and improving water infrastructure will exceed £20bn over the five years. New water and sewage treatment works, water distribution pipes and sewers will be built - with many existing assets upgraded or refurbished.

During the course of AMP6, Ofwat will separate the wholesale and retail markets, and change the way it regulates the wholesale market. But another important change is already happening – in the way that the water companies cost projects. The business plans currently being prepared for Ofwat are the first to be assessed on a total expenditure, or “totex”, basis rather than the separate assessment of capital expenditure and operational expenditure used until now.

The introduction of this new approach will provide companies with greater freedom to choose the optimum solution to a business risk. Value-based “whole life” costing will become the norm, as water companies take a more holistic approach to how they spend their money.

Turner & Townsend has supported several of the UK’s top water companies in their planning for AMP6. Our research shows that companies that fully embrace totex will be able to drive efficiencies at least 15% greater than those achievable with separate capex and opex approaches. This greater efficiency could give them the edge when, and if, Ofwat increases competition beyond the opening up of the retail market for non-domestic customers planned for 2017.

Across the industry it’s a mixed picture. Some companies have already re-shaped their business in preparation, while others are only just starting to think about it. Some of those who have yet to grab the totex bull by the horns grumble that Ofwat was late in setting out the new rules of the game. Certainly many of the best brains in the industry have until now been focused on finalising business plans.

Whatever the reason, those who have yet to prepare for totex have their work cut out as time is starting to become tight. Here are a few tips for what those burning the midnight oil should include in their totex strategy:

·       Integration of the business through a seamless asset management approach

·       Use of robust asset data in tactical and strategic decision making

·       A standardised, whole life cost and value methodology across the business

Clearly, good quality data and rigorous analysis will be crucial in the move to whole life costing. Companies must be forensic in their examination of both their assets and their business model. But don’t expect the move into AMP6 to be easy. Optimising totex will be a major challenge for the industry and many water companies will have to make a substantial cultural shift.

But it is also a major opportunity – those companies that get it right could give themselves a powerful competitive advantage. Not for the first time since privatisation, water companies must adapt fast – and choose whether to sink or swim.