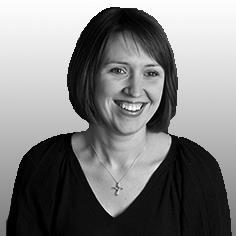 The facts of the case were that Grove Developments employed Balfour Beatty to design and build a hotel and apartments at the O2 complex in Greenwich, London. The contract was based on the JCT Design and Build contract 2011 and worth over £121m.

Under the standard wording of the JCT contract, the parties insert into the contract particulars: the day of the month on which interim payments fall due, and such monthly due dates apply up until practical completion is achieved.

As a matter of fact, the works were not complete by the date for completion, and Balfour submitted Interim Application 24 (IA24). The question for Mr Justice Stuart-Smith in the Technology and Construction Court was whether Balfour had a contractual right to be paid the amount set out in IA24, or whether it was only entitled to interim payments as set out in the schedule, and no more. There was a second question as to whether a payless notice had been served in time, which does not raise any new issues and which I do not cover here.

In a nutshell, the judge decided that Balfour was not entitled to any further interim payments

In a nutshell, the judge decided that Balfour was not entitled to submit IA24, nor was it entitled to be paid any further interim payments beyond those set out in the schedule.

Balfour argued that, if it was not entitled to further interim payments after the last scheduled date, the contract would fall foul of section 109 of the Construction Act. This says a party to a construction contract is entitled to payment by instalments, stage payments or other periodic payments if the duration of the work is 45 days or longer. Otherwise, the relevant provisions of the scheme are incorporated. Parties are free to agree the amounts of the payments and the intervals at which, or circumstances in which, they become due.

The judge decided that if the parties enter into an agreement about the amounts of the payments and the intervals at which they become due, the fact that the agreement does not provide for interim payments covering all of the work under the contract is no reason to import the provisions of the scheme. Helpfully, he confirmed that the parties are free to adopt any interval and any amount.

Alternatively, Balfour argued that the contract should be interpreted as providing for interim payments beyond the end of the schedule or that a term should be implied to that effect. Both arguments were dismissed. The first was hopeless given the specificity of the schedule. There was also no basis to imply a term. Although Balfour’s failure to consider and negotiate a solution to the problem “is now seen as regrettable” according to the judgment, that was not sufficient basis to find that the result of the drafting was commercially nonsensical, or that it warranted the implication of a term.

Next, Balfour argued that the terms of the agreement had been varied so as to give it a right to further interim payments.

The parties had some detailed discussion about this possibility, and there was clearly an acceptance on both sides that payments would continue. However, since the negotiations broke down and nothing was settled, the judge dismissed this argument too. Finally, Balfour’s estoppel argument also failed.

We often see contracts which include a payment schedule, rather than relying on the standard wording, because it can help the parties to administer the contract if the relevant dates have been thought through and set out at the start. However, it is also not unusual for such contracts to fail to provide for what will happen if the works are late, which can cause significant problems for contractors and subcontractors. This case reinforces that the court will not interfere to add terms which the parties have not negotiated if the contract works perfectly well, though one party thinks unfairly, without them.