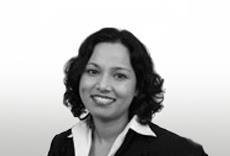 The introduction of the Community Infrastructure Levy (CIL) was justified on the basis that it would allow planning permissions to be granted more quickly and so speed up development.

Whether it is the economy or other factors which is hampering development, the reality is that schemes are not being delivered on the scale hoped for – evidenced by the significant drop in the number of major planning applications received by most planning authorities.

An independent report by property consultants, Cluttons, on 9 October concluded that a lack of housebuilding in London will hold back job growth.

At present only a few authorities have brought the levy into effect. Wandsworth, which is about to introduce its CIL, will set one of the highest maximum tariffs yet of £575 per m2 in one of its zones in relation to residential development. Every time this type of CIL is introduced there is a great rush to complete old style section 106s to secure planning permission under the old regime, because of the fear of the additional levy. The same rush was evident when the London mayor introduced his CIL.

But opting for the old section 106 regime is now only possible for those applications that have already been submitted and nearing determination, and in any case it does little to encourage future development.

Barnet is proposing to introduce a standard rate tariff for all development of £135 per m2 - Redbrige, meanwhile, will charge £70 per m2. The range of tariffs - from £70 to £575 per m2 for residential development in London - is difficult to understand.  There appears to be no real independent check on the appropriateness and affordability of the tariffs which vary wildly between authorities. The disparities arise because it is for the local authority to decide how much of its infrastructure needs it will support through the planning process and CILs.  An authority might decide to forgo its infrastructure requirements in order to promote greater development.

Planning legislation provides little assistance on how the balance should be drawn. It only requires authorities to consider the “viability” of development “across its area”.  There are three major issues with this. First, it seems entirely for the local authority to decide how much infrastructure costs  it wishes to recover. Second, the determination of “viability” across the local authority’s entire area is impossible for individual landowners/developers to challenge, and the assessment of viability is at present more an art form than a science with no one approach being accepted by all. Third, the legislation seems to offer no real opportunity for developers to challenge the charging schedules.

The huge disparities emerging may in due course result in areas which developers no longer consider open for development. CILs will only work where the authorities have judged the market properly (in terms of viability); some may be very successful in implementing CILs that encourage nimbyism. It is evident that some areas have what appears to be extremely high CIL tariffs for housing development whereas others propose the same for other types of development - for example, student accommodation (Newham proposes a charge of £130/m2; Oxford council £100/m2. and Durham council £200/m2). One wonders whether the tariffs are set in this manner as a means of maximising revenue or to deter certain forms of development.

Developers only now seem to be realising the likely impact of CILs as they are being introduced and they are becoming increasingly frustrated by the limited ability to challenge the tariffs. The government expected an extra £1bn to be collected under the CIL regime. The first authority to introduce the CIL, Redbridge, stated last month that it expects the levy to far exceed the sums collected through the old section 106 regime. As at 31 August 2012, after just eight months, the council had issued liability notices for developments totalling just over £3.2m compared to the best section 106 receipt for a full year of £1.5m (excluding cash in lieu of affordable housing). If the Redbridge example is anything to go by, the figure nationally is likely to be significantly higher than originally estimated by the government. Is this something our development industry can bear in these economic times?