Mother’s Day was mostly spent indoors, despite the sunshine. Boris Johnson had pleaded with the country to avoid family gatherings, and while most heeded the advice it seems many did not. The prime minister clearly does not want to take tougher action but how else will he prevent large numbers of people congregating in parks and on beaches as the spring weather beckons us all outside? 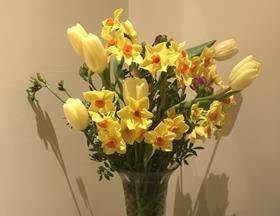 My family and I did go out to the park briefly. From what I could see couples and small family groups were keeping their distance from others as best they could but there were a lot of people out and about.

I had ordered flowers for my mum to be delivered, normally I would have taken them myself. Like many others I am worried about my parents’ health and I do not want to increase the risk, so we stayed away even though they only live around the corner.

Instead of a get-together we have had several Facetime chats, one of which turned into a chess match 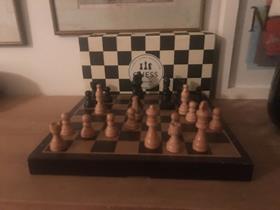 Instead of a get-together we have had several Facetime chats, one of which turned into a chess match between my son and his grandfather. The game has had to be paused, the battle will resume another day. And this, I now realise, is the beauty of chess: it takes up so much time.

For my part, I spent few hours baking in an attempt to block out the rolling covid-19 news. This is not something I do very often and the results were mixed. My attempt at Nigella Lawson’s “no-knead” bread was a complete fail. The gingerbread biscuits got eaten straight-away.

For many families today will be the start of trying to juggle work with childcare or home-schooling. A friend who has been home-schooling for some time had these wise words for anyone attempting the latter: “Prioritise health, life skills, physical activities over sitting at a table with books”. We could probably all do with a bit of that over the coming weeks.

>> Coronavirus and construction: keep up to date