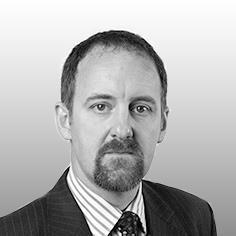 Rather like the proverbial buses, decisions dealing with the FIDIC forms of contract, having been extremely rare in the past, are now arriving all at once. Last year saw not one but two reviews by the Technology and Construction Court. The first of these was Obrascon Huarte Lain SA vs Her Majesty’s Attorney General for Gibraltar [2014], which was concerned with the FIDIC Yellow Book for Plant and Design-Build, among other things. Now we have Al Waddan Hotel Limited vs MAN Enterprise SAL (Offshore) [2015], heard towards the end of 2014 but only just reported, which deals with the FIDIC Red Book Fourth Edition for works of civil engineering construction.

Usually, of course, disputes under the FIDIC forms are resolved by arbitration given the international nature of most projects which use the FIDIC contracts, and arbitrators’ awards are private. The chance to see how the court approaches the FIDIC contracts is therefore welcome.

A number of issues had arisen under the contract and MAN, the contractor, wanted to refer these to the engineer so that the engineer could give a decision in respect of the dispute under clause 67.1 of the Red Book.

The engineer’s decision under the Fourth Edition of the Red Book is a condition precedent to referring that dispute to arbitration. In this case, however, the engineer informed MAN that it had ceased to be the engineer under the contract some time previously and would not therefore be issuing any decision.

Al Waddan, the employer, argued that MAN could not now refer the dispute to arbitration because to do so would ignore the condition precedent. Consequently, MAN would have to wait for the specified period of 84 days to elapse before arbitrating even though it was abundantly clear that the engineer was never going to make any decision.

MAN argued that Al Waddan could not rely on this argument because it was not entitled to take advantage of its own breaches of contract.

Al Waddan had breached the contract because it was not doing anything to ensure that the contractual machinery could operate effectively.  As the judge found when reviewing the facts, there was no evidence of any intention on the part of Al Waddan either to reappoint the existing engineer or find a replacement.

The judge analysed the contract carefully and identified a number of implied conditions which would apply:

This is, in fact, an example of the well-known legal principle that you cannot profit from your own wrongdoing. In the present circumstances, given that the engineer had clearly stated that it would not perform its contractual function by making a decision under clause 67, then both parties should have proceeded in the knowledge that this contractual requirement no longer bound them.

Al Waddan had a duty either to appoint a new engineer or re-engage the named engineer. Given that it had not, Al Waddan had taken no steps to remedy this defect in the contractual process and Al Waddan was not therefore entitled to rely upon the absence of the engineer’s decision as a bar to the arbitration proceeding.

This decision concerns the FIDIC Red Book Fourth Edition (1987). The current updated edition of the Red Book (1999) incorporates a Dispute Adjudication Board (DAB) and provides for disputes to be referred to the DAB followed by arbitration rather than relying upon the engineer’s decision. Nevertheless, as this case demonstrates, there are still a number of projects using either the Fourth Edition of the Red Book or which use a similar contractual mechanism. Consequently this decision is likely to be helpful for some time to come.