While none of us want to spread unnecessary doom and gloom, no-one connected to the water industry is in any doubt about the problems we face 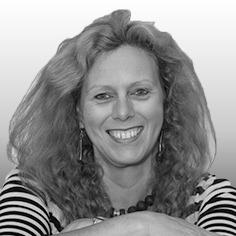 This last weekend’s flooding in the north of England and Scotland is perhaps an indication of what we are likely to see around the country this winter. We have been fortunate duringthis last year to not suffer too significantly, although there has been flooding in southern England, Wales and at Alyth in Scotland in July 2015, as well as small localised floods in many areas that are generally not widely reported. ‘A month’s rain in 24 hours’ is becoming a more regular weather warning.

This last weekend has been extreme, so a blame game is not helpful. However, Cockermouth in particular is difficult, as flood defences have been put in place since their last disaster, and the flooding is not as bad, but that doesn’t help those with a metre of water in their homes, who probably felt they were now fully protected. It is very hard to build sufficiently high flood defences for every storm event, but equally, we should anticipate what happens during these ‘exceedance’ events (when something beyond the worst we have planned for, actually happens), and plan to manage it. ‘Resilience’ doesn’t mean that a building will never flood, it means that we have adapted our buildings to enable them to recover from that disaster as quickly and easily as possible (and that we have practices in place to support those affected during that event).

However, there’s a bigger picture here. What is also true is that the issues around flooding and resilience (including water supply don’t forget) don’t seem to be given sufficient priority by government until disaster happens, when ‘whatever is necessary’ is promised. Sadly, the potential problems we have are countrywide and we can’t predict when and where they will happen, we just know that they will, and if not this winter, then probably next summer, or the winter following.

Building long term resilience and good water management will take time, effort, money and commitment, not just by this government, but by those following, and to achieve it, we need a comprehensive joined-up approach that understands and acknowledges the scale of the problem. That requires proper regulation, clarity of responsibilities, the power to enforce these appropriately, and an acceptance that not doing so will cost us far more in the longer term. So we need a clear plan now. We can’t wait for future economic success to be able to afford the solutions. Water both is, and will increasingly be, a key factor in this country’s economic success, as experience abroad clearly shows. Witness the problems in California through drought, and how flooding or storm surges impact cities whether coastal or riverine, of which Cockermouth, Carlisle and Appleby are small scale examples. Our homes, our infrastructure and our economy are all potentially at stake when it goes wrong.

Whilst none of us want to spread unnecessary doom and gloom, no-one connected to the water industry is in any doubt about the problems we face. The problem is how and when we start to seriously and comprehensively address them.